Where lesser men see a child’s toy when they look at a Barbie Powerwheels toy car, imaginative folk like Tim Higgins see a really fun real world Halo spinoff. Higgins’ Wi-Fi Warthogs are controlled using Xbox 360 controllers and a laptop mounted on each Warthog. Like the video game Warthog, the controls for the gunner and driver are separate, and you can switch between the two on the fly. The mounted laser gun makes it possible to play Warthog-laser tag, but Higgins says that the laser gun can easily be replaced with other types of weaponry, like a water gun. 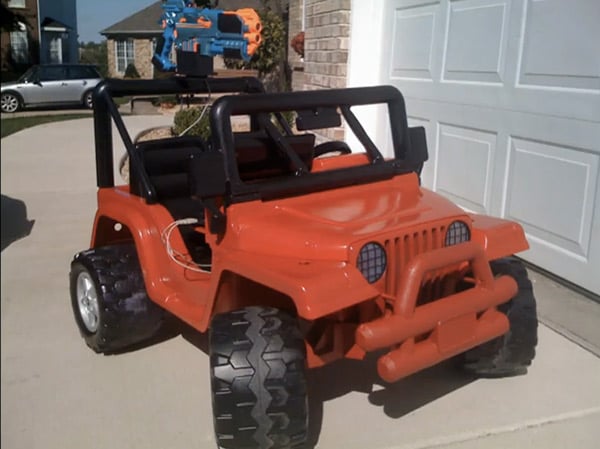 The video below shows Higgins and one of his Wi-Fi Warthogs at last year’s Professional Developers’ Conference. Unfortunately there’s more coding talk than Warthog fun in the video.

I think the man behind the camera vacillated between boredom and confusion as he interviewed Higgins. I kept hoping that Higgins would stop explaining and use his toy some more. Programmers and Powerwheels modders can check out the Coding4Fun blog for more details on both the software and hardware aspects of the Wi-Fi Warthogs.