Belkin’s Home Base marries two of the most useful technologies ever invented – wireless networking and USB  – and gives users a simple and convenient way of sharing up to 4 USB-enabled devices in a central location. If you have an external hard drive (or hard drives) connected to the Home Base, you can program it to back up your files, or automatically send your pictures to Flickr or Picasa. 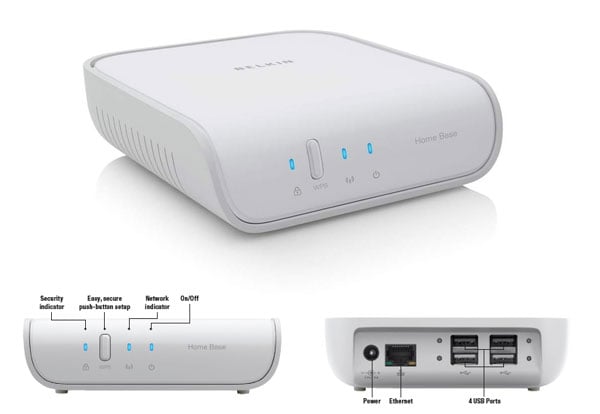 The Home Base can also use one of your external drives as a media server for DLNA-enabled devices, like the Xbox 360 or PS3. If I didn’t already have the PS3 Media Server on my Mac, I’d get the Home Base just for that function alone. You can get the Belkin Home Base at Amazon for $66 (USD). That’s very cheap, considering Belkin’s asking $130 for it on their online store.