In an age where we expected robots to be all around us, it seems that even the elderly will be getting their own special robot. 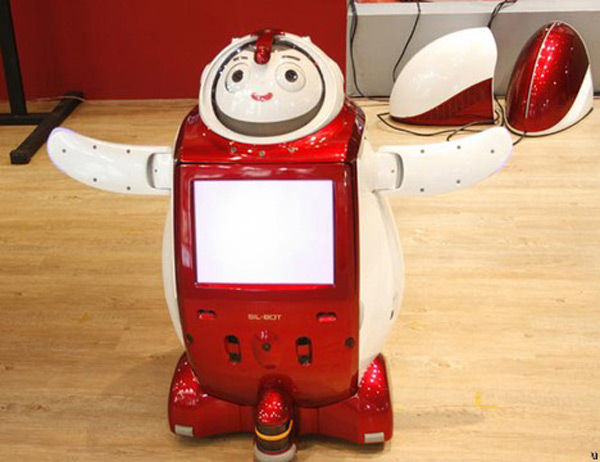 This odd-little robot named Sil-bot is the brainchild of KIST’s Center for Intelligent Robotics. They are currently developing it in Korea. Sil-bot is designed to act as a companion for the elderly, playing games and capable of carrying on basic conversations. The robot also has a spatial camera system that allows it to navigate interiors without bumping into walls.

You got to admit that it’s kind of cute. Its arms look like the wings of a penguin and it’s got some funny facial expressions too. One weird thing is that strange appendage that’s sprouted between its legs. Maybe it’s capable of being a robotic boyfriend as well?

Currently, the Sil-bot costs around $35,000 (USD), but I think that it will get cheaper once it’s mass-produced, that is, if it is ever produced at all.