Apple today took the wraps off of their much-hyped iPad tablet computing device. As predicted, the iPad works sort of like exactly like an iPhone on steroids, and is focused on media consumption, entertainment and educational usage. Not a whole lot of surprises here, but the iPad still looks like a sweet computing and media gadget – especially if you don’t already have a netbook. 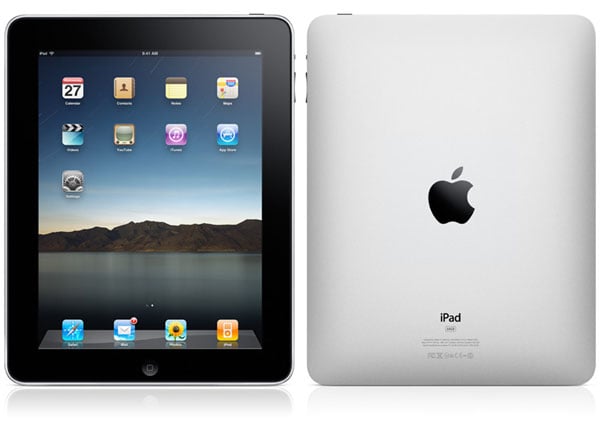 Let’s start with the hardware: The iPad will come packaged in a svelte 0.5″ thick package with an aluminum body and glass screen, and weighs in at 1.5 pounds. The screen is a bright LED backlit IPS LCD, measuring 9.7″ diagonally.

The screen on the iPad offers a sharp 1024 x 768 resolution, which is plentiful for a display of its size. That said, the 132 pixel-per-inch density isn’t as sharp as say, the Skiff e-Reader. As expected, it’s a full multi-touch screen. 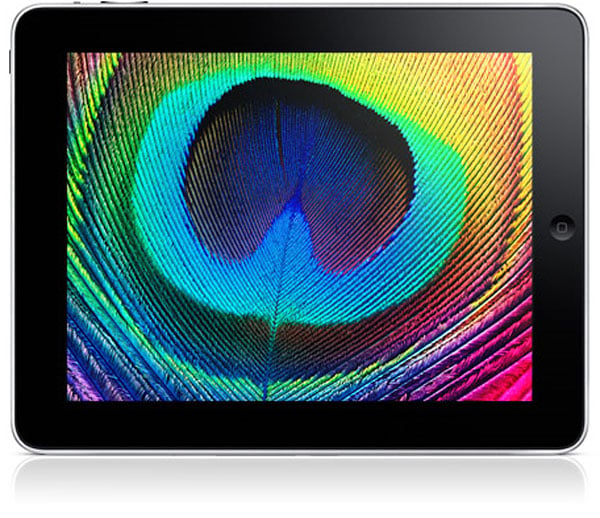 The iPad is powered by Apple’s very own A4 CPU, running at 1GHz. This chip is said to be very powerful, and requires very little electricity to keep it ticking along. In addition, the iPad will include everything you’ve become accustomed to with your iPhone 3GS – an accelerometer, ambient light sensor, and a digital compass. The Wi-Fi + 3G model will also include A-GPS and cellular data capabilities, while the cheaper Wi-Fi only model will not.

There’s even a special iPad keyboard dock coming out, which will let you use the iPad instead of a netbook PC, and you’d rather not use the on-screen keyboard. 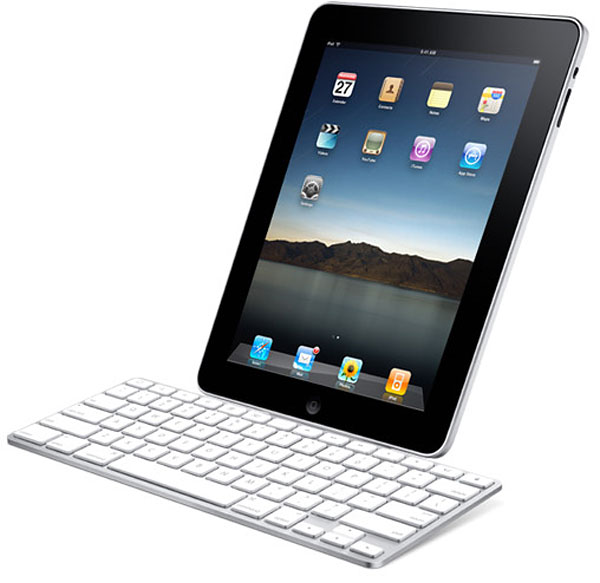 There’s a built-in rechargeable battery that can crank out up to 10 hours of media playback and Wi-Fi internet access, so runtime should be plenty for most users. But if you were looking for the weeks-between-charges features that e-Book readers offer, you won’t want to ditch your Kindle or Nook just yet (just wait for the iPad 2.) The iPad also has a built in microphone, speakers, and a 30-pin dock connector just like its little brother.

You’ll be able to play high-def video at up to 720p/30fps resolution H.264 video using an external cable, but when watching videos on the iPad screen, you’ll be limited to 1024×576 on-screen for widescreen content, since the display is designed more for computing, gaming and book reading than for movie watching. 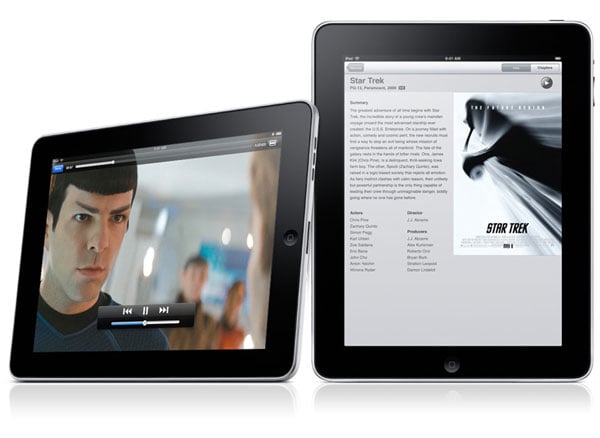 In terms of apps, the iPad comes pre-loaded with a full version of Safari for web browsing – and can handle full-size web pages with aplomb. That is, unless they require Flash. Apple, you really need to give in to Adobe and embrace Flash again. I know it could compete with the App Store, but now that you’ve got a device with a full-screen web browser, it’s inexcusable that it doesn’t support Flash. 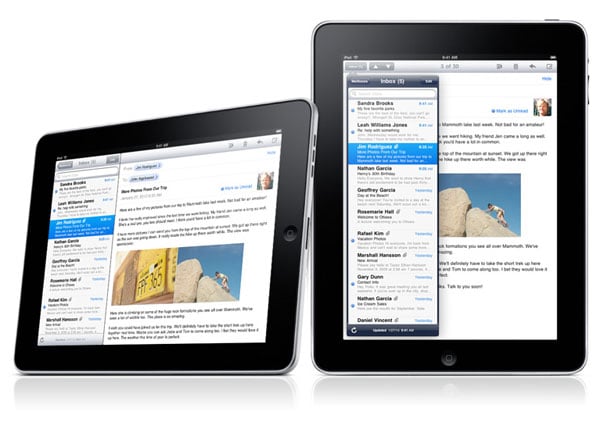 There’s also a Mail app that’s on par with what you’d find on a desktop computer. I also like how the iTunes experience that’s on board is very similar to the full desktop app. 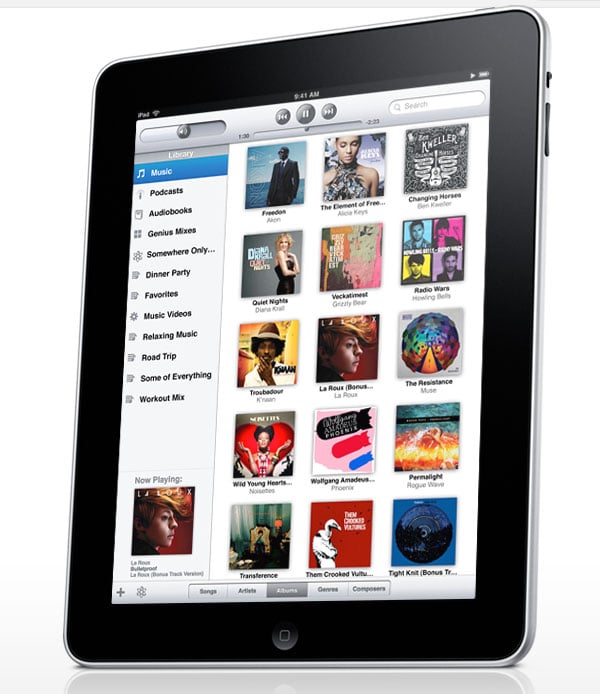 Photo browsing looks like it’ll be a breeze with the built-in gallery manager (which is sort of like iPhoto in a portable form-factor). And while there’s no built-in memory card reader (boo!), Apple will be offering a separate camera connection kit for pulling images from digital cameras via USB or an SD card. 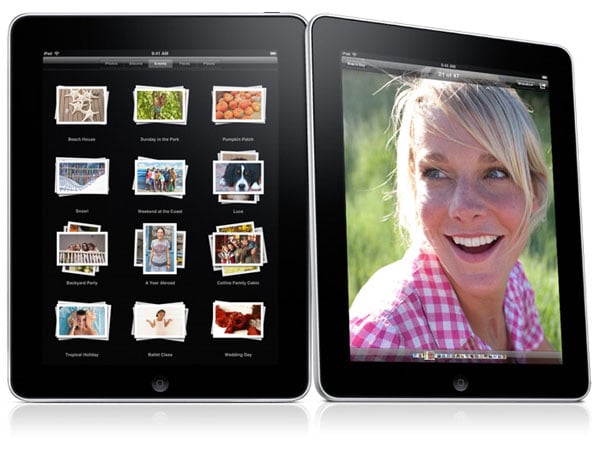 The iPad will also include all of the other usual suspects including an iPod app, YouTube, video player, notes, calendar, contacts, and access to the App Store for downloading the same apps that run on the iPhone, as well as apps that are iPad-specific. And iPhone apps can be run either at original size, or blown up to full screen mode (althought I’m not sure how ugly apps that use bitmapped graphics will get in this mode). 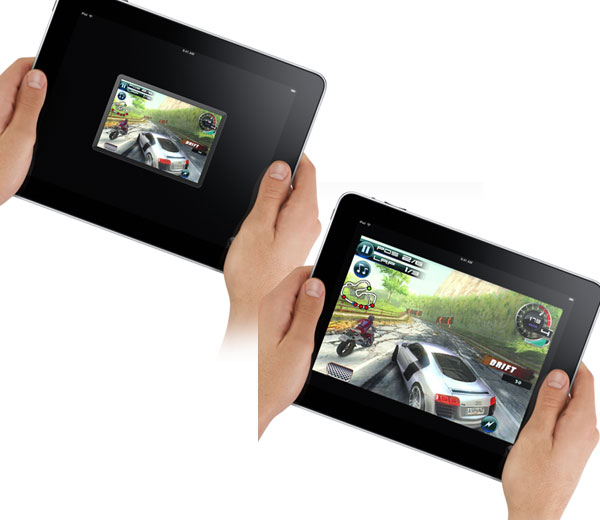 One big change from the iPhone and iPod Touch is the mobile iBook store. This will offer numerous full-size books, magazines and newspapers from major publishers. While you don’t get the battery life of a Kindle or Nook, you get a full color screen that you can read in the dark – which is awfully nice. 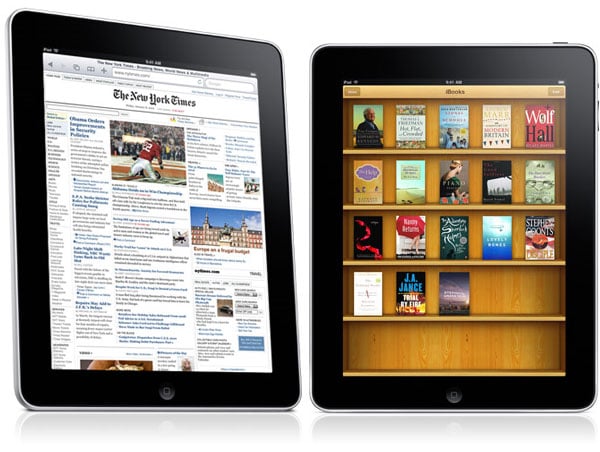 Apple has announced that iPad pricing will start at $499 (USD), with the Wi-Fi only version hitting late this March, and the Wi-Fi + 3G models to come in April. When all is said and done, there will be 6 available configurations:

There are alot of things to like about the iPad, but many things that are disappointing to me. I would have thought a face mounted camera would have been great for video chat, and there’s no good way to get your high-def video off of here and onto your TV. And the lack of Flash support is just downright ridiculous at this point. They also neglected to add multitasking support, so bouncing between applications won’t be as smooth as on your MacBook. Still, as an entertainment device, my curiosity is piqued sufficiently that I will probably pick one up when it hits the Apple Store this Spring.

You can check out more details on the iPad over at the Apple website.