Made by Kydos Studio, Soul is an Xbox Live Indie game with a simple premise: guide a dead man’s soul to heaven. Actually it’s not that simple, not with things like this blocking your way: 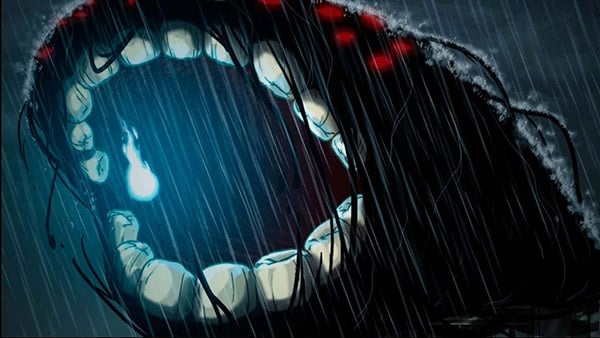 Yeah, that helpless-looking blue thing is the soul. As if that disturbing screenshot isn’t enough, Soul‘s trailer is one of the creepiest that I’ve ever seen:

Now I really want to buy a new Xbox 360. Starving to death is scarier though, so I’ll have to wait and be content with watching gameplay videos. Dammit. Check out the game’s official website for more nighmarish screenshots. The game will be available “soon” for 80 Microsoft Points ($1 USD). Lucky Xbox 360 owners can download the demo now at the Xbox Marketplace.