Only Gadgets Can Read the n Building’S Qr Code Facade

Are machine-readable codes the the future of advertising? Teradadesign and Qosmo worked together on the facade of the N building, a commercial building in one of Tokyo’s shopping districts. The team felt that the ads or billboards usually attached to commercial buildings “undermines the structures’ identity.” So what they did was to place QR codes (Quick Response codes) on the N building’s facade. 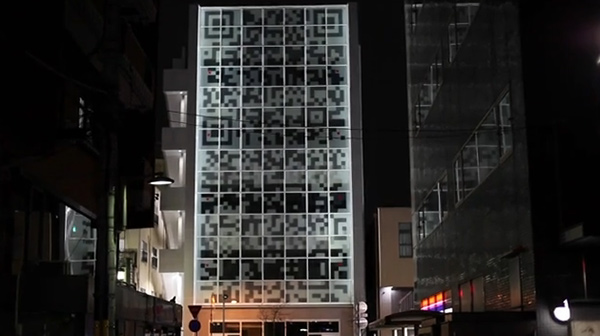 As you can see, the codes provide a good view of the building. Teradadesign and Qosmo propose that in the future, the codes would allow people to view the tweets of the shoppers inside the building, as well as view shop information and even download coupons to their mobile phones. 3D ads or graphics are an option as well. I’d like to think that we’ll have some sort of implant or wearable tech that will allow us to “read” QR codes. It would be cool to see augmented reality graffiti, or “read” books with 3D content.

Can you imagine your city plastered with QR codes instead of big and colorful billboards?

[via Buzz Beast via Notcot]