Iphad: Turn Your iPhone Into an iPad

Technabob pal Metin Seven of Sevens Heaven just tipped us off tho his hilarious original illustration that pretty much sums up all the hype (and disappointment) about the Apple iPad in a single image. 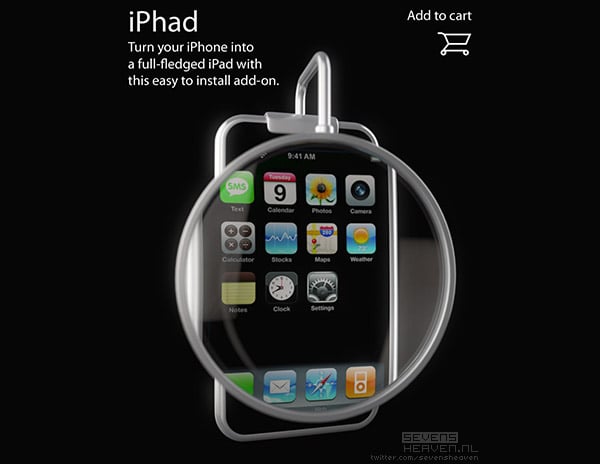 I’d like to see you guys try and fit this thing in your pocket. Funny thing is that some iPhone accessory manufacturer out there will probably steal this idea and actually start making these.