Product of an Unholy Matrimony: Mac Osx on a Nokia N900

Toni Nikkanen just earned himself a bit of Internet fame. With Apple and Nokia trying to bury each other in lawsuits, Nikkanen must have been aware of the irony when he posted a video on YouTube showing his nerdy (albeit useless) achievement: an N900 running Apple’s OS X 10.3, aka Panther – with the help of a pre-release version of PearPC. 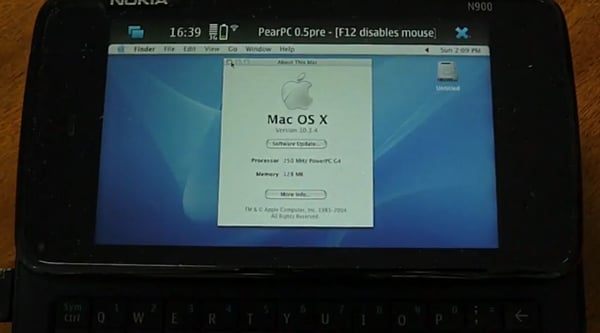 On the other hand, I don’t think we can really say that the smartphone was “running” OSX. It was more like crawling:

I was half-expecting to see the phone explode or melt down. Still goes to show that today’s portable devices can be powerful enough to install a “full” operating system. Obviously the interface needs to be modified, but a full OS does give you legit web browsing, multitasking, and you’ll be able to browse your files and folders *hint hint*.