The Great Wall of Ipads 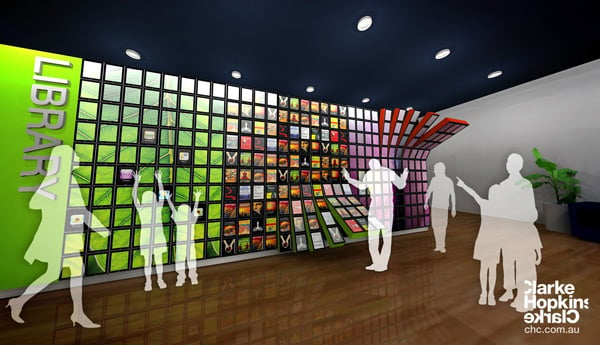 This concept is by Clarke Hopkins Clarke from Melbourne Australia. They want to take a bunch of iPads, hook them up together into a giant matrix and use them to create massive touchscreen walls. The walls would then be used to produce multitouch interactive art and educational installations. 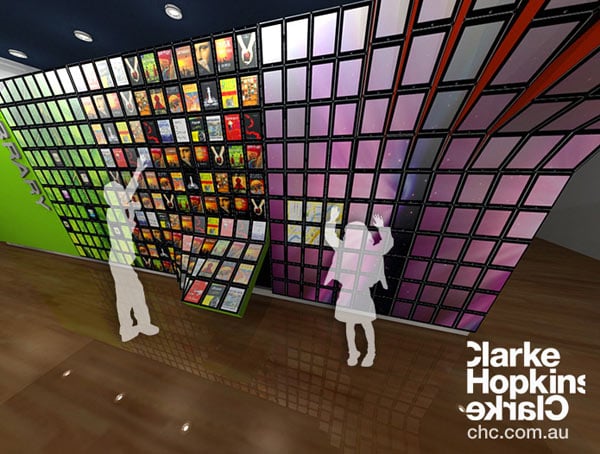 The fact that it’s modular is interesting, but the more you think about it, the less it makes sense. Standalone LCD screens are still much more cost-effective than iPads (even if they are refurbished). Of course, then you’d need some sort of computer system to power the displays themselves. And then touchscreen interfaces for them too. So maybe iPads would be the best way to pull this off. Or lots of iPhones. 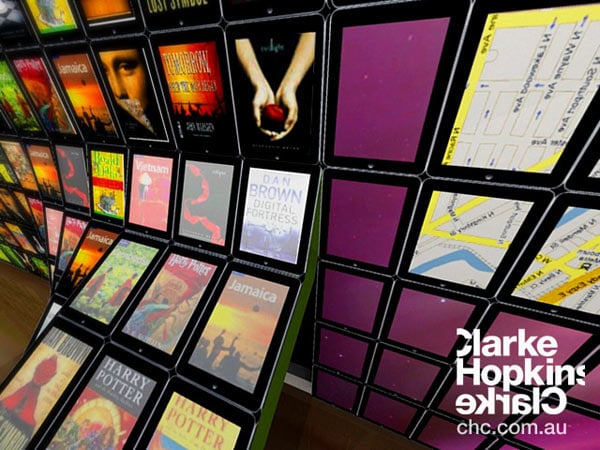