Peace Between the Empire and the Rebels was Brought About by… Canned Tuna?

In a galaxy far, far away, tuna proved more powerful than any Force. It brought peace and joy to all. 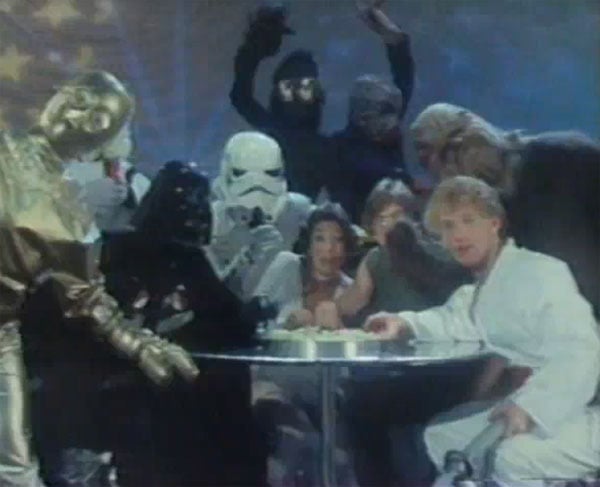 Enemies put down their lightsabers and sat down to enjoy a meal together. There was much dancing and posing and who the hell is that dude in the back supposed to be?

If only the Jedi council knew that all they needed was some Sea Chicken.