Graphic designer/illustrator/geek Reis O’ Brien has a very funny photoset on his Flickr page featuring funny cosplayers, action figures, drawings and other images. Let’s look at the cosfailers; the fact that these are real people and not drawings makes them doubly amusing. like Iron Man here. And by “Iron” I mean “Paper”. Look out! He’s going to put a ribbon on you! 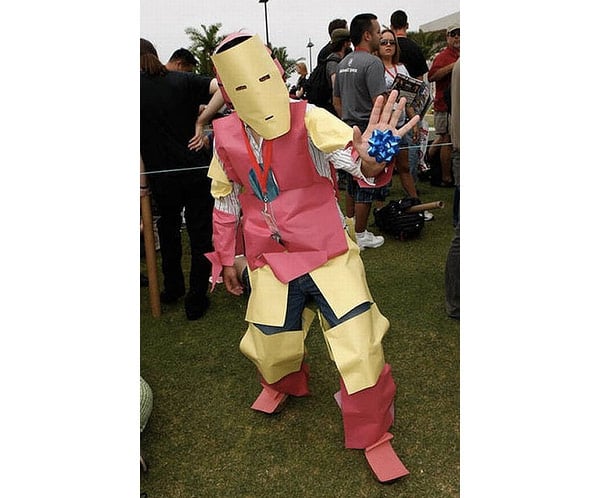 Have the Power Rangers Dino Thunder disbanded? Because it seems that Red Dino Ranger has let go. 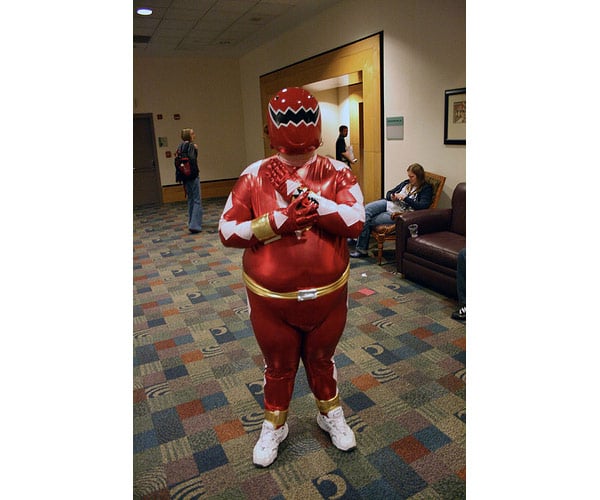 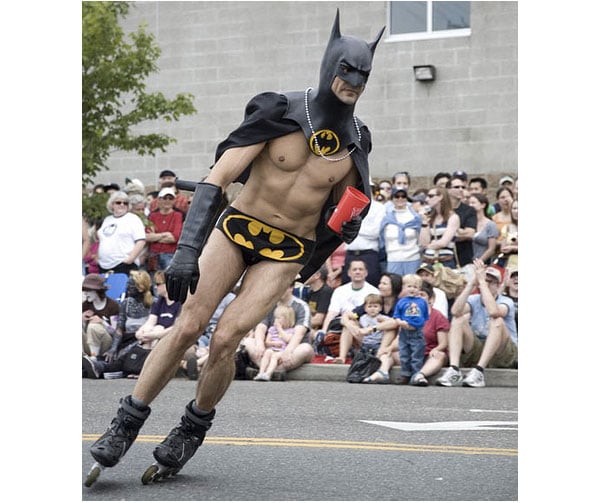 Can you imagine him popping out from the shadows? Or suddenly in your face, hanging upside down? *shivers* Check out O’Brien’s Flickr page for the rest of the pics; you have to have a Flickr or Yahoo account to view the photo set. If you don’t have either then sign up! This photoset alone is worth the effort.