Who knew that Pac-Man had a side-gig as the baddest East Coast rapper you’ve ever seen? 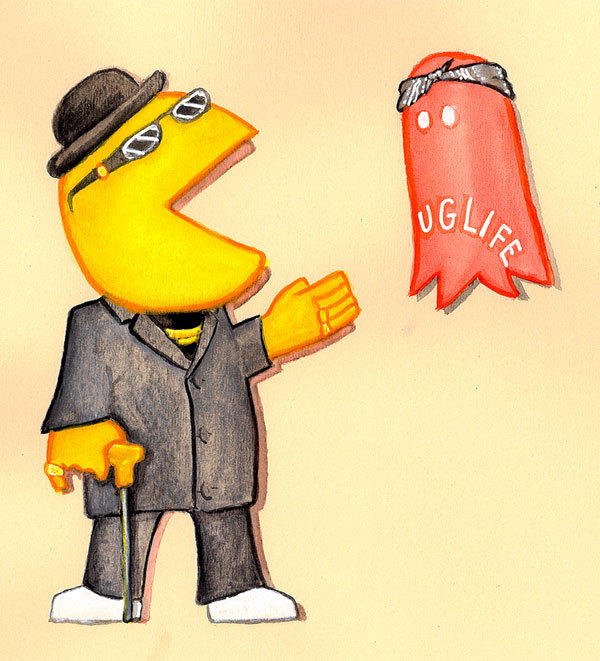 At least that’s what DocPop would like us to think in his watercolor illustration titled The Notorious P.A.C, commissioned by for nerdcore rapper Beefy by his girlfriend. And check out Blinky masquerading as Tupac. It’s the official East Coast vs. West Coast video game feud, and Tupac will be turning blue just as soon as Pac-Man downs a few crack rocks (a.k.a. power pills). Of  course P.A.C. better watch his back. I heard Inky and Clyde are waiting outside the maze with guns.

Check out more of DocPop’s Pac-Man watercolor Ghost in the Machines series over on Flickr.