Animestudio Lets You Shoot Your Own Animations: No Computer Required

I finally got a chance to see Coraline a few weeks back, and was completely blown away by the incredible things that could be done with miniature models and stop-motion animation. While you probably won’t be able to live up to Henry Selick’s amazing work with this little desktop toy, you can at least dip your feet in the shallow end of the stop-motion pool. 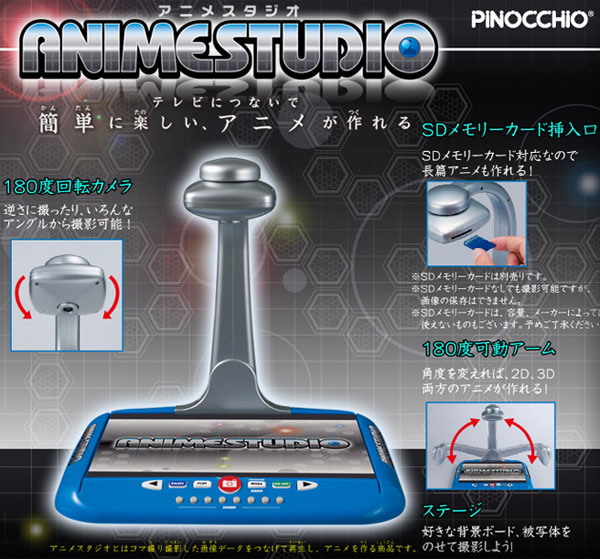 Made by Japan’s Agatsuma Corporation, the AnimeStudio is a standalone animation studio that lets you shoot frame-by-frame video, and store your creations on a 1GB SD card. Once captured, you can play back your animations on your television, with no need for a computer. The studio features a special swivel-mount camera that can be positioned all around a stage on which you can place either 2D or 3D subjects. 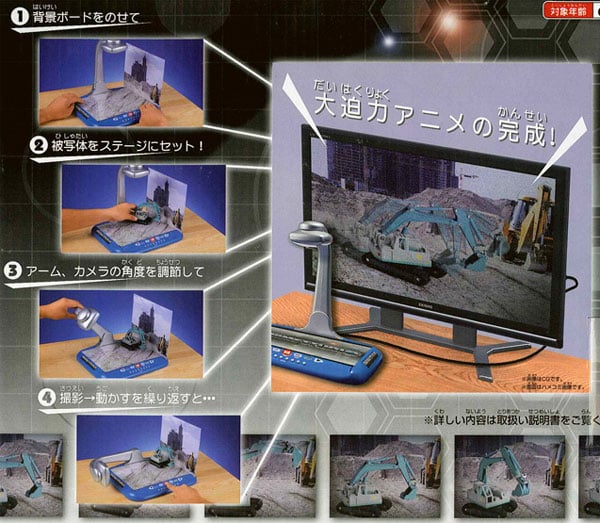 As you capture each frame, it’s recorded into a 4-frame-per second video clip you can play back on your TV. Still, it looks fun for really basic animations. While 4fps kind of sucks, you could always just shoot extra frames and then change the frame rate using some video editing software. And in case you want get your videos onto your computer, they do include companion software for your Windows PC as well. While all of the instructions for the AnimeStudio (and this silly video) are in Japanese, it looks like it’s pretty self-explanatory, and should be easy to use.

Up until now the AnimeStudio was available exclusively in Japan, but the guys over at Japan Trend Shop have started shipping the system worldwide for $194 (USD). While you could probably achieve the same with this webcam and one of the myriad stop-motion applications out there, the AnimeStudio looks like a fun toy for budding animators without a computer.