Will we ever run out of creative uses for those primitive little LEGO bricks? I think not. Brickfan (Reasonably Clever) Chris Doyle has created a functioning LEGO remake of the infamous Picture of Dorian Gray. Chris actually retitled his version A Portrait of Dorian Bley, a reference to a “controversial” blue-grey LEGO color that replaced “Classic Slate,” oh my. 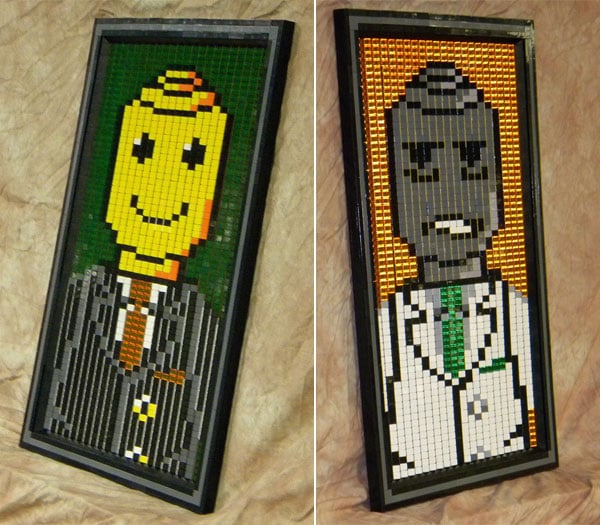 At first glance, the image just looks like a giant portrait of a smiling yellow Minifig. But as you move past the face of the portrait, the dark (blay) side of LEGOland comes out. 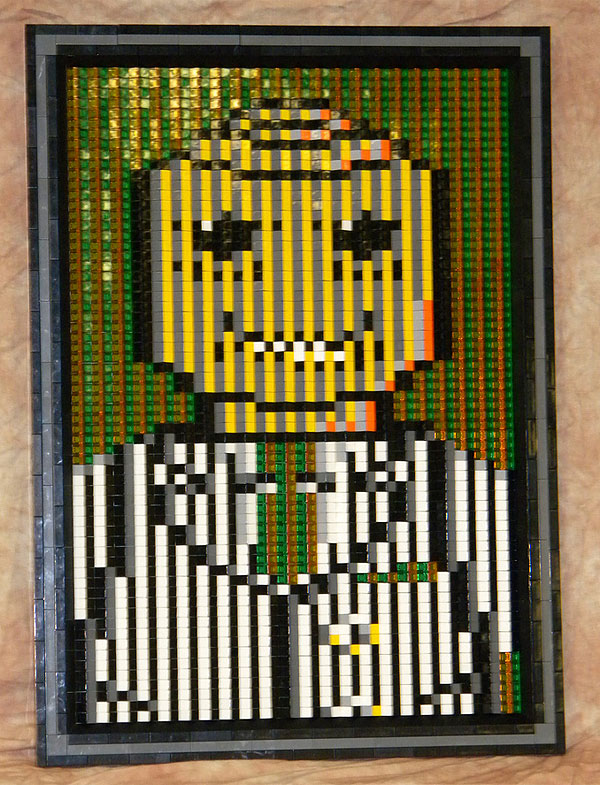 Doyle managed to achieve an effect similar to those lenticular moving images by using alternating blocks of angled LEGO wedges. Check out the video below to see the illusion in action. 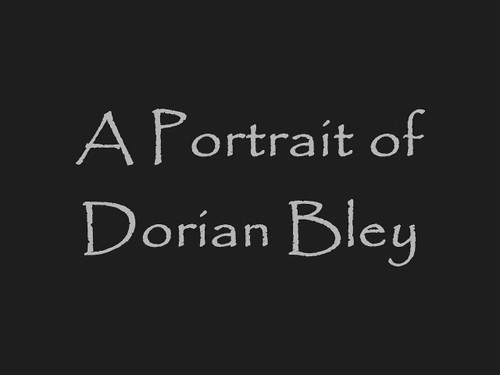 Chris, I’d say that was more than reasonably clever.