Square Enix has just announced two new Xbox 360 bundles to commemorate the upcoming release of Final Fantasy XIII everywhere else but Japan, where people are already going bonkers for this game. 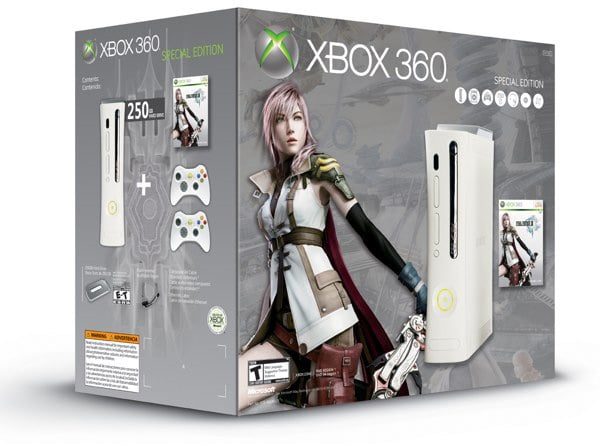 Both bundles are available for pre-order and will be released on March 9th. The Special Edition comes with a limited edition faceplate created by designer Tetsuya Nomura. It also has a 250 GB hard drive engraved with the name of the game, two controllers, and special downloadable content. 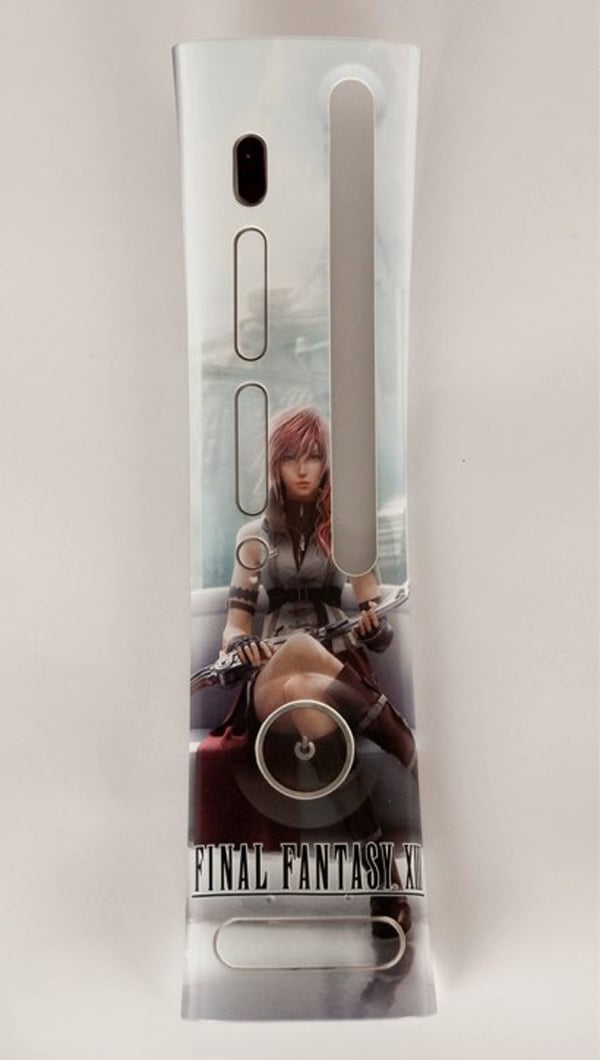 The Elite Bundle comes with a standard 120 GB hard drive and one wireless controller. Both naturally include a copy of Final Fantasy XIII and an Xbox 360. The U.S. edition of the 250GB bundle is priced at $399 (USD), but the 120GB version sounds like it’ll only be available in Europe (price unknown).