Plain Sight: for These Ninja Robots, Death is an Investment

There are very few games where dying is a crucial mechanic, a requisite step; Beatnik Games’ Plain Sight is one of the few games that comes to mind. And that’s just because they e-mailed me to remind that the game is just about done. If you haven’t heard about it yet, Plain Sight is like Super Smash Bros. mixed with Super Mario Galaxy mixed with suicidal ninja robots. 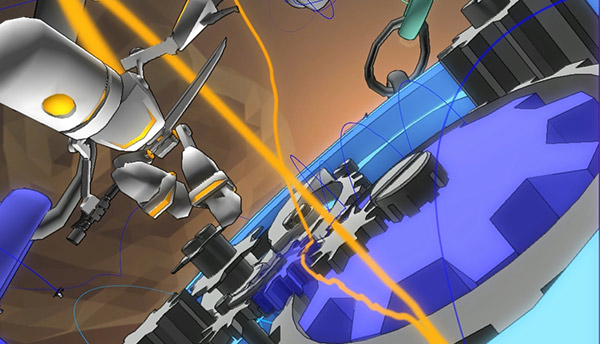 Like in a lot of other games today, Plain Sight lets players compete by killing each other. But in order to win, at some point you’ll have to blow yourself up. Blowing yourself up “banks” or stores the energy you’ve earned for defeating other players and converts them into points. At the same time this gives you the opportunity to earn more points by taking out other players in the explosion.

The conflict here is that the more energy you get, the stronger/faster/better your character gets, so players will have to decide whether or not to keep on playing as a dominating character, or avoid the risk of being taken out – and thus losing the energy you’ve gathered – and kill their characters before the other players do. 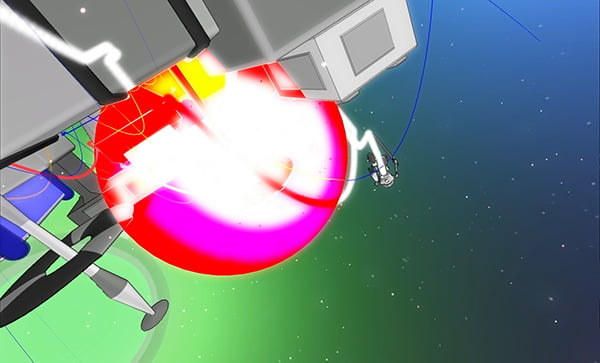 Beatnik Games’ wacky concept for a video game starts hitting online store shelves on March 22 for only $10 (USD). The game will feature 13 multiplayer maps where up to 20 players can do battle. It also features 5 game modes, including classics like deathmatch and capture the flag as well as original modes such as the Ninja! Ninja! Ninja! Robozilla!

Beatnik is also working on a WiiWare and PS3 version of Plain Sight, but for the meantime it’s Windows-only. Check out Beatnik Games’ blog and the game’s official website for more info.