Sony recently showed off a prototype of a high-speed wireless technology which ships signals around between internal electronic components. Sony says they developed the wireless technology to overcome current costs and manufacturing complexities due to the sheer number of wires and circuit layers required to handle today’s complex circuits. 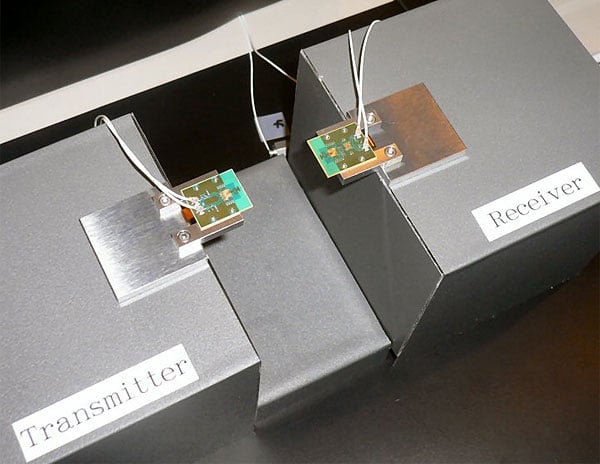 The prototype circuit sends signals using radio waves in the 60GHz millimeter waveband (I think I saw them play at a local nightclub last night), and can transmit data at up to 11Gpbs over a distance of up to 14mm. As the components get further apart, transmission speeds drop to about 4.3Gbps from up to 60mm away. 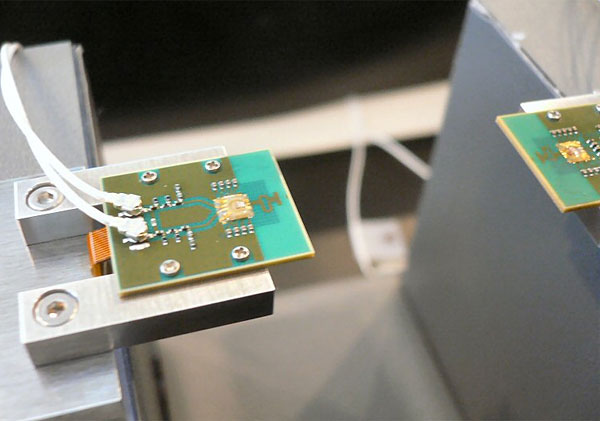 In addition to cutting down on the complexity and cost of wiring, the breakthrough could someday be used to create gadgets that could be disassembled and maintained much more easily than today’s electronics with all of those wire harnesses that need to be disconnected for service. Never mind the fact that the wireless circuit board concept could allow for much more flexibility in where the various circuit boards are placed within a piece of equipment.

No word on if or when Sony will introduce this technology in any production devices, but it’s a pretty cool idea for sure.