Would you believe this cute little robot toy costs less than $10 bucks? Zibits are a new series of low-priced miniature robots that are perfect on your desktop or for your kids (or cats) to play with. 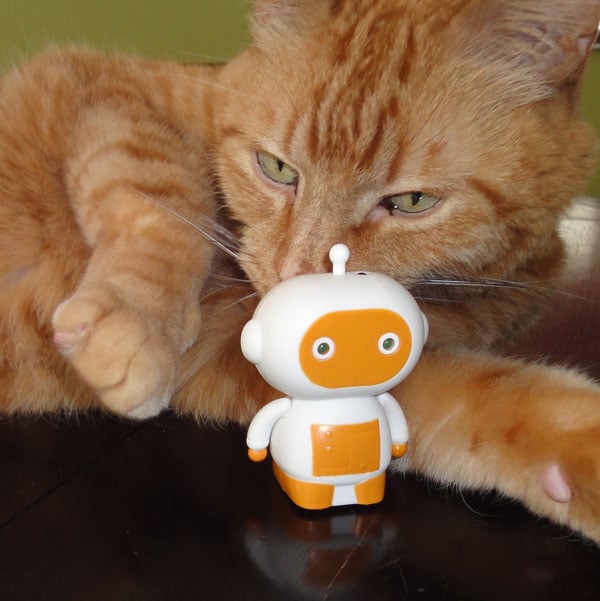 The guys over at Senario sent me a sample Zibits robot to play with – he kinda reminds me of the Android logo, but in orange instead of green. In all, there will be 12 different robot designs for you to collect – so you could build out an entire robotic army for about $120. 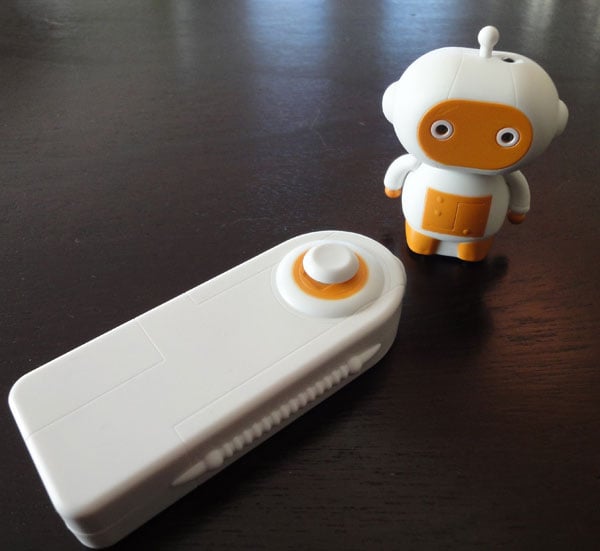 Zibits measure about 2.5″ tall, and feature little light-up LED eyeballs, and offer just one basic set of maneuvers – drive forward, or do a 360-degree spin move using the remote joystick. Sure, your plans for world robotic domination might be difficult to achieve with that one move, but whaddya want for $10 bucks?

Here’s a video of the little robot dude in action:

Those funny robot sounds on the video? They come out of the remote control, and not the robot himself to keep things compact. The little guys comes with three button batteries to power their motors, and an IR remote that you can use to control ’em on any flat surface. You will need to grab a couple of AAA batteries for the remote, and a small screwdriver to install the batteries for your kids. 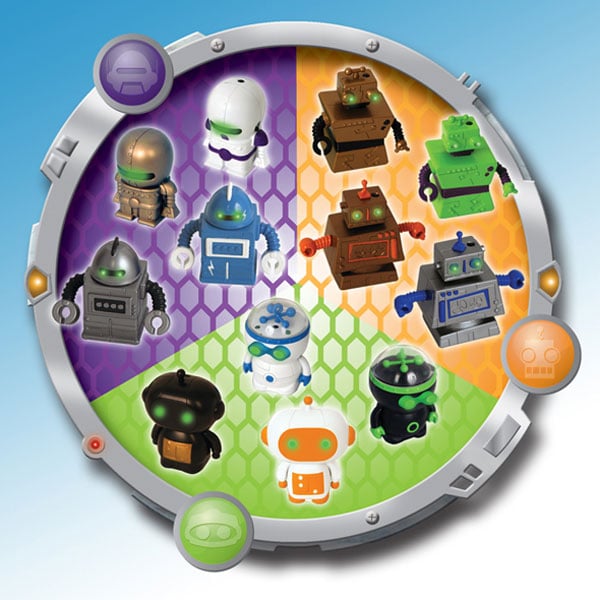