The Dark Side’S Soft Side

Darth Bane received this from lightninglisa, a fellow member of the Brotherhood of Darkness, as a birthday gift. It was immediately Force Lightning’d to ashes (along with the gift-giver). Bane took the gift as the last straw, another sign of the Brotherhood’s… weirdness, and so he left to establish his own Sith Order. 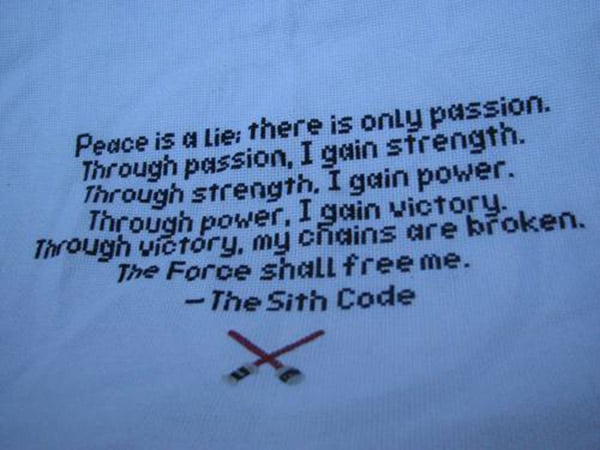 One thousand years later, his Order would defeat the Jedi and the Republic. Had he not received this cross-stitch, who knows what would have happened?*

(* none of the events mentioned here are canon)