Project Natal Shows Up in ‘Smallville’

Project Natal is not scheduled to be released ’til later this year. Much later. Christmas later. But it seems Christmas came early for the super-powered citizens of Smallville, as Microsoft’s “Wii Killer” made a guest appearance on the latest episode of Smallville, “Warrior.” 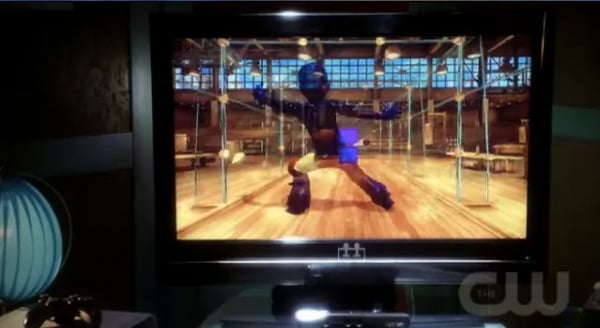 Halfway into the episode, during a scene where Chloe Sullivan (the show’s proto-Lois Lane before Lois was introduced in season four) flexes some journalistic muscle and feminine wile to charm some answers out of Alec, Smallville’s latest super-powered showboater, the two take turns dancing erratically playing Natal’s Ricochet. In the process, they confirm all my fears: Natal will be the most embarrassing way to play video game games ever. Don’t believe me? Check out this clip:

I haven’t watched any Smallville in years. This certainly doesn’t compel me to return. That the episode is about a prepubescent boy who finds a magical comic book and turns into a superhero doesn’t help, either. The whole thing is a giant nod to Shazam!/Captain Marvel, one of the most bizarre comic book characters I have ever read about.

However, this ham-fisted product placement does remind me of something…