Looking for a way to give your Xbox 360 a little extra pizazz? While I’ve seen plenty of colorful Xbox 360 case replacements, I can’t say that I’ve come across much in the way of hard drive color mods. Until now. 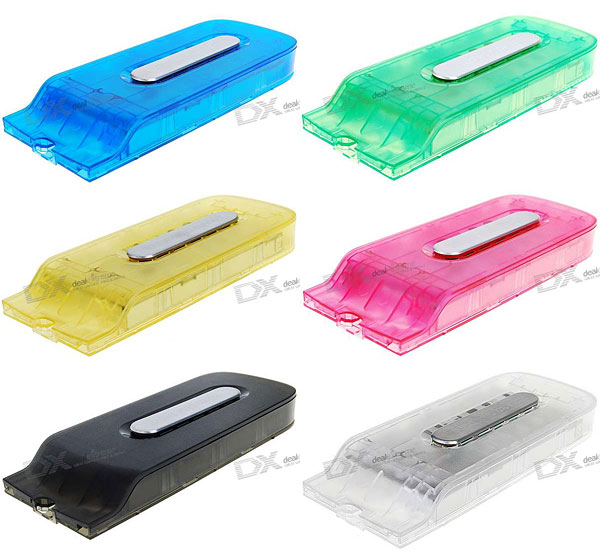 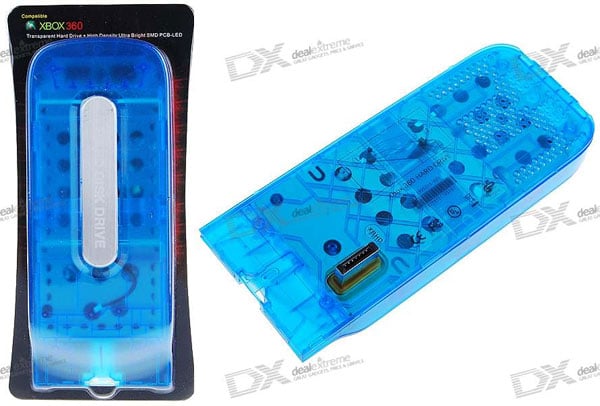 Each kit also includes a bright set of LEDs beneath its surface, which illuminate with a touch of your fingertip. Keep in mind that it looks like all the LEDs are red, so that might look a little odd depending on the color you choose. I think white or color-coordinated LEDs would have been a much better move. 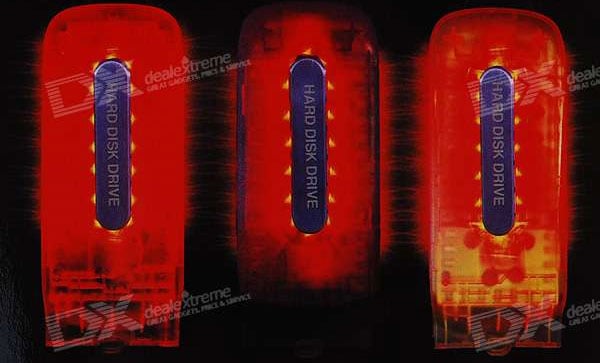 They’re available in translucent blue, green, yellow, pink , clear and smoky black, and sell for just $18.91 (USD) each over at DealExtreme.