Chapek the Barbot: Serves You Drinks Until It Breaks Down!

Ripped from the pages of some neo-futuristic science fiction movie comes Chapek: the robot bartender… 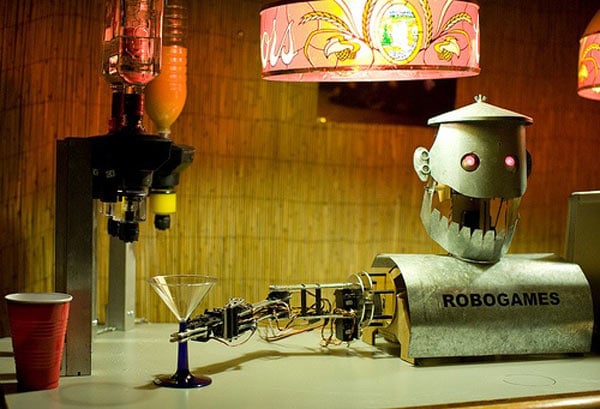 Chapek is just one of the ‘bots who will be featured as part of BarBot 2010, the third annual festival of Cocktail Robotics!

If you’re lucky enough to be in San Francisco right now, you can pick up some tickets and swing by the DNA Lounge tonight (2/17) or tomorrow (2/18). If you’re lucky, you could actually get served by a robot bartender. Sounds kind of cool, especially if you like your drinks without too much commentary!

Robots and alcohol together at last! Sounds like Bender’s dream.