…but it’s definitely not fresh anymore, because it was made in 1988. It really is sealed though, and contains two types of cereals – Super Mario and Zelda – which you would be wise to not eat. I’d rather skip breakfast than eat 22-year old cereal. 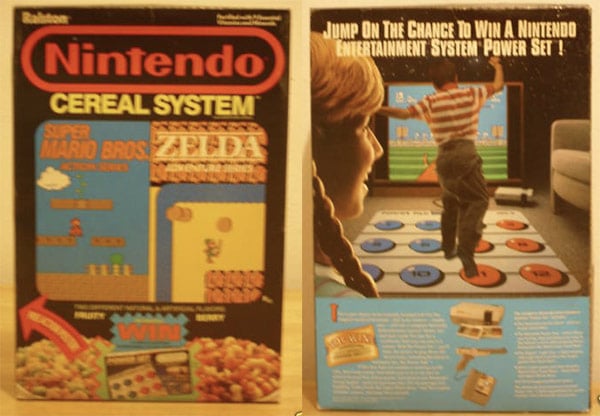 It won’t be up for auction much longer, so if you want to own a genuine artifact of American breakfast and video games (hell, it’s older than some of you are), go to eBay now and bid at least $73 (USD).