Oh Tivo, How I Hate Thee and Thy New Patent

I love my DVR. I mean I really, really love my DVR. There are three hard and fast rules in my world: 1. Don’t drink the last Diet Dr. Pepper; 2. Don’t eat the last bag of Doritos; 3. Never, ever, change the DVR schedule. My wife once deleted my scheduled recording of Pass Time in favor of Grey’s Anatomy and we had to go to counseling for six months. 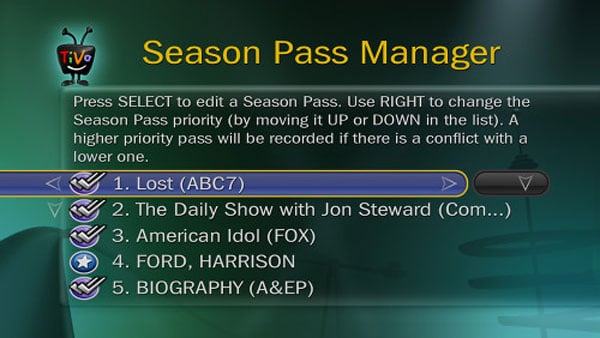 TiVo has now been granted a patent that may mean the death of one of the most important features on any DVR. The TiVo patent covers the company’s Season Pass software that resides on its DVRs. What the patent really covers is any system that allows the DVR to resolve conflicts when scheduled recordings overlap.

Without that software, the DVR would not know what shows to record and what show to skip. TiVo is a big fan of suing anyone who treads close to one of its patents so expect wide scale suits to be filed any day now since every DVR on the globe has this feature. A reported workaround may be to put the scheduling software on a remote server somewhere since the patent is for client side software only.