Glow in the Dark Toilet Paper: for Bathroom Raves

Use it to make a mean and green mummy! TP your parent’s room with it! Hell, TP your own room! Make glow in the dark origami! Do anything, except for actually using it in the bathroom. I don’t know about you, but I’m not willing to sit in the dark while I’m in the porcelain throne just so I can wipe with glow in the dark toilet paper. Too creepy and gross. 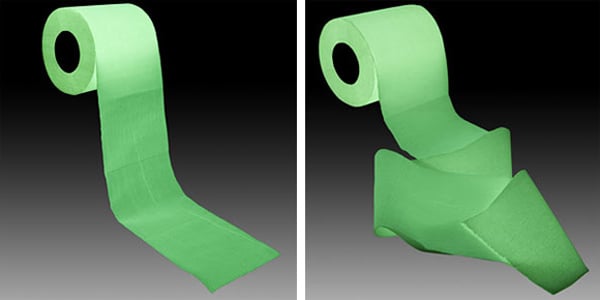 You can get a roll of glow in the dark toilet paper at I Want One of Those (you bet your ass you want this) for £5 (appx. $8 USD). Techno music not included.