This new mp3 player concept lets you play with its shape in order to come up with the icons that you need in order to control your music. It’s called the Play Mp3 Player. 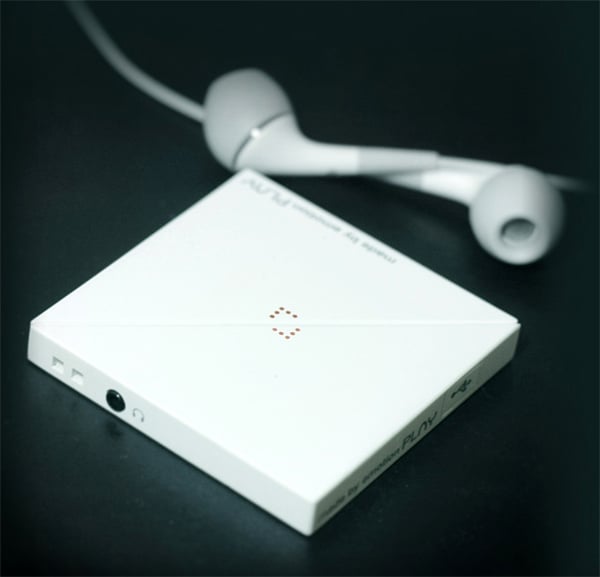 So basically, you have to fold the player in half, thus forming the icon ” ▶” in order to play your music. To rewind, slide one of the triangles away and you get ” ▶▶”. To stop the music, you just unfold it to form ” ■ “. 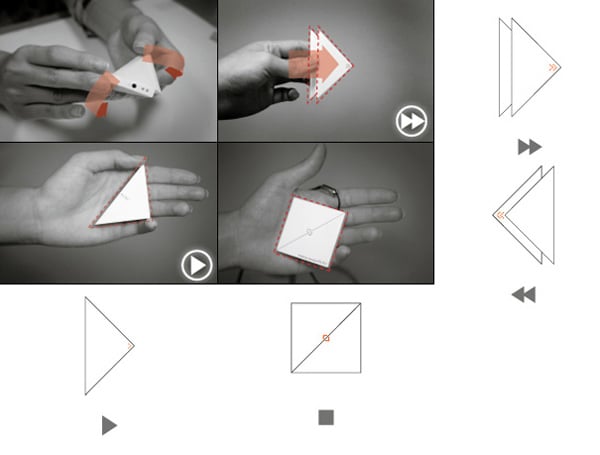 Ultimately, this looks like a pretty cool design, but it seems like it would be a pain to constantly be folding those icons. And that hinge would probably break all the time. I just hope that it comes with a backup plan.