Levitating Chair Could Make the Hoverboard a Reality

I don’t know about you guys, but when I first saw that the Japanese had invented a sort of hovering chair for the elderly, I thought about one thing, and one thing alone: hoverboards will someday become a reality. 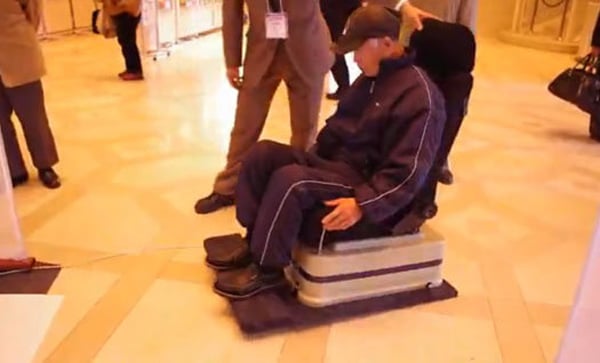 In Back to the Future II, there were these great floating skateboards. I think that I’ve wanted one ever since I saw the movie, and now it looks like they’re getting closer to a real thing.

Naturally, it’s the Japanese who have come up with this ingenious floating chair to ferry around the elderly. It was developed by researchers at Kobe Gakiun University. The chair has a bunch of air jets that allow it to float, kind of like how an air hockey table works.

For now, the levitating chair is just a prototype, but I’m sure that the researchers will come up with loads of applications for this personal hovercraft.