Action Comics No.1 Sold for $1 Million: This is How Geeks Roll

Proving that geeks can drop dough like a rock star or rapper, this Monday someone bought a copy of the first issue of Action Comics – in which Superman made his first appearance – for $1,000,000 (USD). That’s 10 million times the comic’s original price. It was sold at Comic Connect, whose founder Stephen Fishler said that the million dollar comic was in “very fine” condition. Yeah, that totally justifies the price tag. 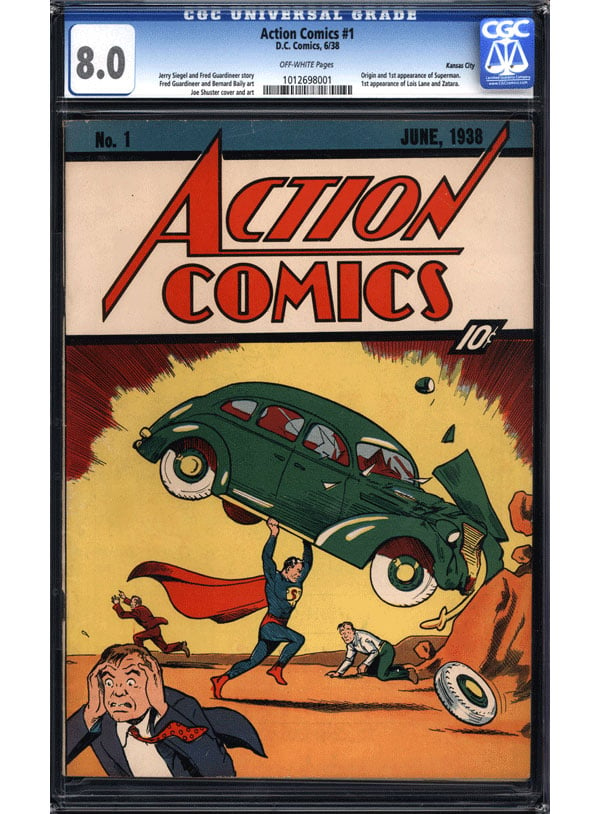 But yeah, I guess the comic is a bit more valuable now than when it was first published. It led to the creation of a hero so powerful that barely anyone could write a decent story about him. Poor Superman. His strength literally is his weakness. Anyway, I still say the buyer was far more sane than the people who bid for the cracked glass stair from an Apple store.