With this fancy wii-mote, the question that is on the tip of my tongue is simply: who are you going to call? Answer: Ghostbusters! 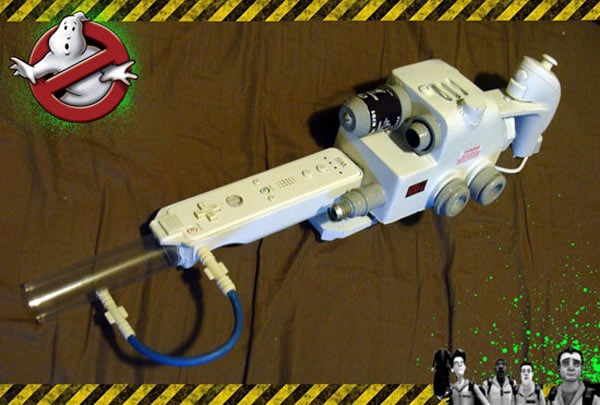 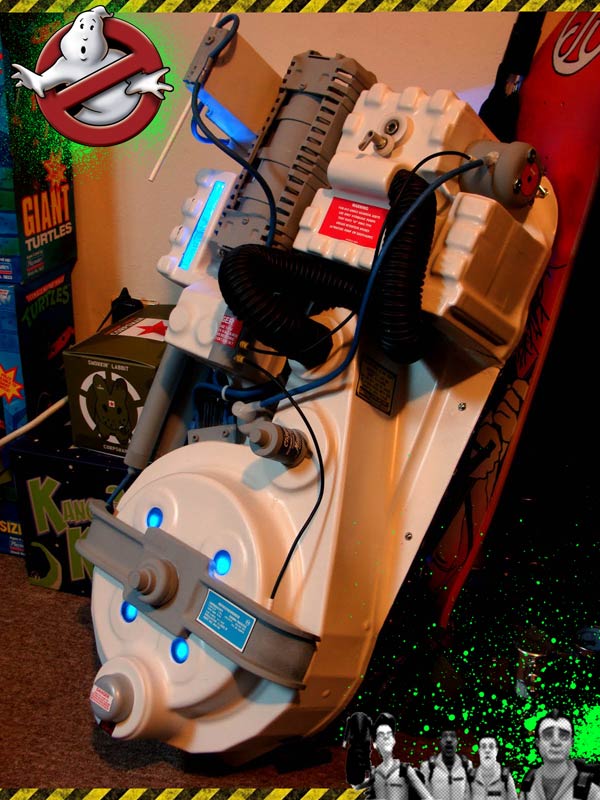 The particle thrower connects to a matching proton pack! Now that’s pretty cool! For a minute there, I wasn’t sure if it was connected to something. Obviously it is!

Here’s how Jack describes his mod:

“The cyclotron features four blue LEDs allowing you to know which player is selected or active and the Blue Power Cell actually shows you how much power the pack has. The Thrower has been carefully designed in regards to ergonomics and function. The front of the wand has an area in which you can place the Wii-mote and the back handle is where the Nunchuck is placed. Since the Wii-mote has in internal speaker in it’s ABS housing, when playing the game the pack makes all the iconic Ghostbusters SFX.”

[Ghostbusters Fans via Joystiq via DVice]