Do diabolical minds look up to villains in the same way that good men and women idolize heroes? In his exhibition, “cultural archeologist” Michael Rakowitz presents evidence that Saddam Hussein may have fancied himself to be like the Sith Lord Darth Vader. The exhibition is entitled “The worst condition is to pass under a sword which is not one’s own”, which is taken from Saddam’s declaration after Iraq’s victory over Iran. The Hands of Victory monument, shown below, was commissioned by Saddam to commemorate the victory. 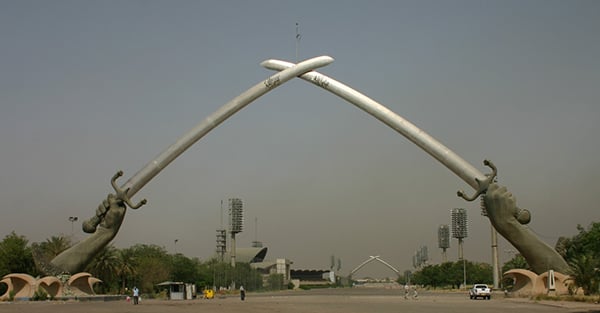 As he passed through the monument on the day of its inauguration in August 1989, Saddam declared, “The worst condition is to pass under a sword which is not one’s own or to be forced down a path which is not willed by him”. The monument, which is located in Central Baghdad, does indeed look similar to a drawing in one of the movie posters of The Empire Strikes Back: 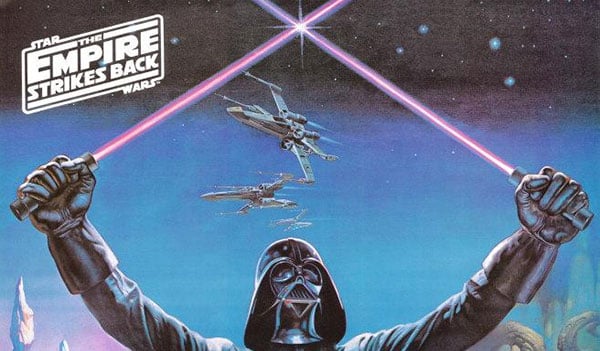 Not too convincing a connection right? New Scientist‘s Jessica Griggs tries to fan the flames of parallelism: “You may have heard that when US troops stormed one of Saddam’s palaces they stumbled across lurid posters by fantasy artist Rowena Morrill.” Griggs says that Morrill is a “close friend of Boris Vallejo,” the artist who drew the Star Wars poster shown above. Rakowitz played on the similarties with his own version of the Hands of Victory: 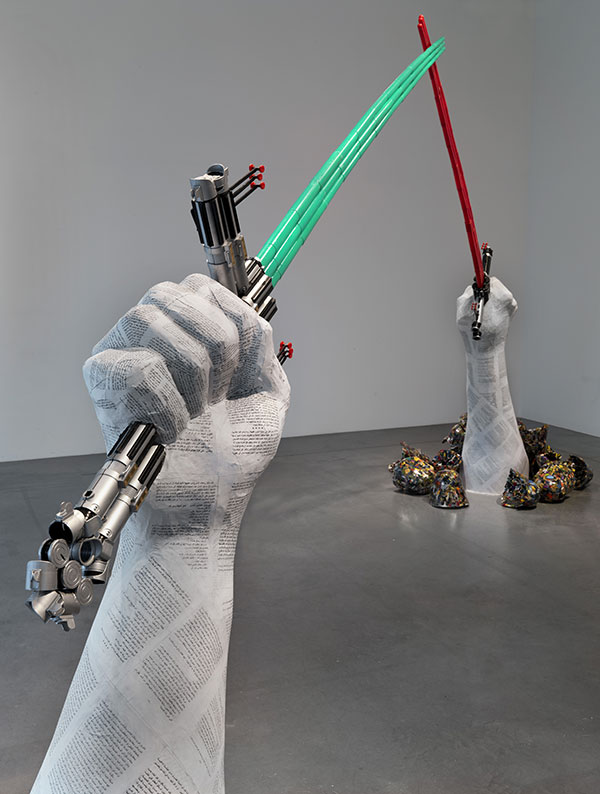 Still not impressed? Neither am I. But this one’s crazy: 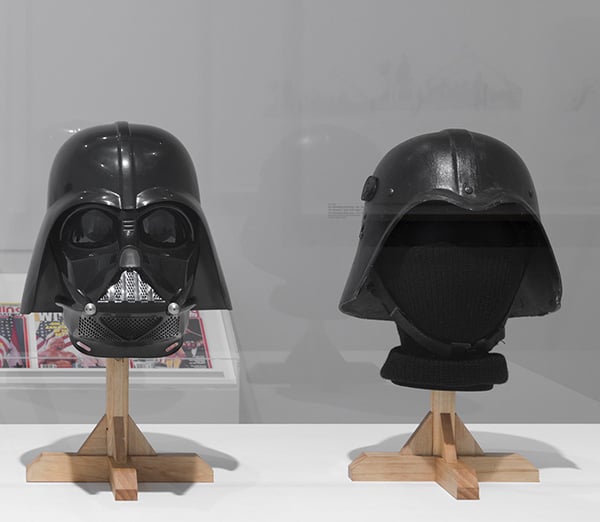 The helmet on the left needs no introduction; the one on the right was part of the uniform of Saddam’s army. The uniform was mandated by Saddam’s son, Uday, before he passed the command of the army over to his younger brother. Griggs said that Uday presented the new uniform to his father “as something to remember his (Uday’s) work by.”

What do you guys think? Personally I’d sooner believe that Guerilla Games stole the Helghast design from Kerberos Panzer Cop than Saddam Hussein being inspired by Darth Vader, but perhaps if I saw the whole exhibit for myself I’d change my mind. Rakowitz’ exhibit is currently at the Tate Modern in London, England.