Did you ever wish you could take your Nintendo Wii with you wherever you go? Well this enterprising casemodder proves that you can do it if you have the time, patience, and modding talent, it’s definitely possible. 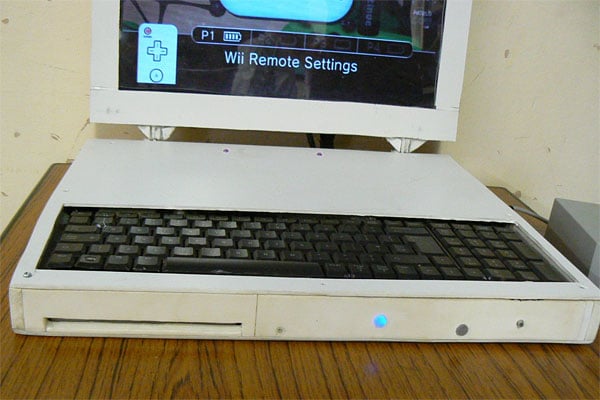 Modder OMGPedoBear took about 3 months in his spare time building this Wii laptop. He constructed the portable Wii out of expanded PVC sheets, and put a sizeable 17″ LCD monitor in the top lid, so this is defintely no netbook. Games are loaded by placing the Wii DVD upside-down in the front-loading tray. 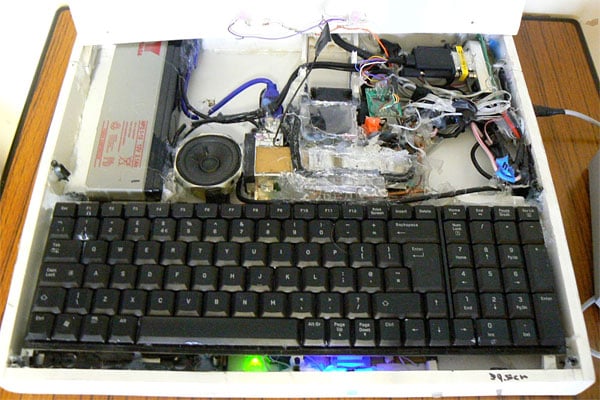 In order to keep things cool inside such a flat case, there are a couple of extra fans in there. And unlike most video game systems, the Wii laptop has a full QWERTY keyboard (for all of those Wii typing games?) 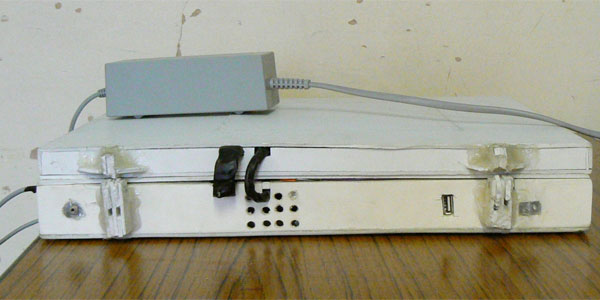 As you can see from the back, the portable is a little lumpy and gloopy (hooray for hot glue!) around the edges and joints, but I’d like to see you try and do better. Still, the proof is truly in the pudding. Here’s a couple of videos footage showing the Wii laptop in action. Skip right to the second video if you just want to see gameplay:

While it may not be quite as purdy as Ben Heck’s original Wii Laptop, the fact that so few Wii portable mods ever get completed is a sign that it’s really not an easy task to pull off.