Ah, product designers. You and your neat concepts and even neater illustrations. Never asking “What’s possible?”, but instead, “What’s awesome?”, which is a pretty good mentality if you ask me. Here’s one of your brethren’s deliciously high-tech idea for a timepiece: a watch whose minute and hour hands are lasers. LASERS! 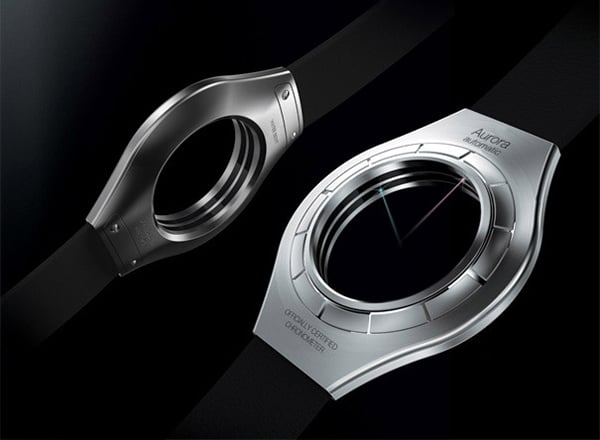 Jihun Yeom’s Aurora watch looks like a watch without the actual watch in the middle – in short, there’s a hole where the actual timepiece should be. But if you tap its bezel, the red minute laser hand and the blue hour laser hand appear. In other words, if you’re other hand isn’t free, then you won’t be able to activate it. Too impractical? Maybe. Impossible? Probably. Do I want one? Definitely.