I don’t own a Nintendo DS, so this time I’m not being sarcastic: DS owners, do you think controlling vehicles on your portable would be more fun if you had a virtual steering wheel? Because it seems that Nintendo thinks that it’s a great idea: the company filed a patent for a “Driving Game Steering Wheel Simulation Method and Apparatus” last November. 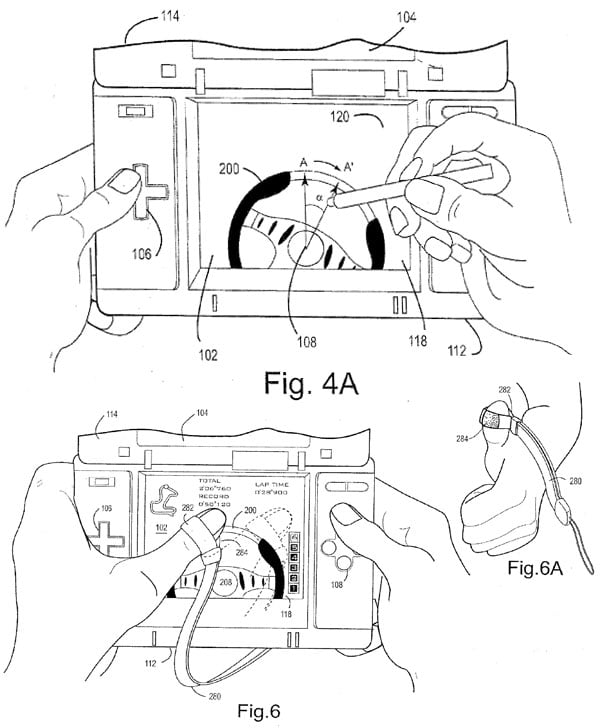 You can check out the full details at the USPTO‘s website, but here’s the short version: it’s a touch screen steering wheel, apparently for a portable gaming device, as shown in the above sketches. It may be controlled using either a stylus or fingers. It may have support for vibration. The steering’s sensitivity may be adjustable.

If you ask me, I think a stylus-controlled steering wheel is a dumb, dumb, DUMB idea. The whole point of the interface is to make a driving game more “natural”; why add it if you’re going to gimp it with a mediating tool, i.e. the stylus? But as I said, I’ve never used a DS, so maybe I’m wrong.

[via Go Rumors via Gadgetizer]