This incredible Foosball table was made by Austrian Star Wars and LEGO nut 2×4. He put this table together with LEGO bricks, and to top it off, it’s fully playable. 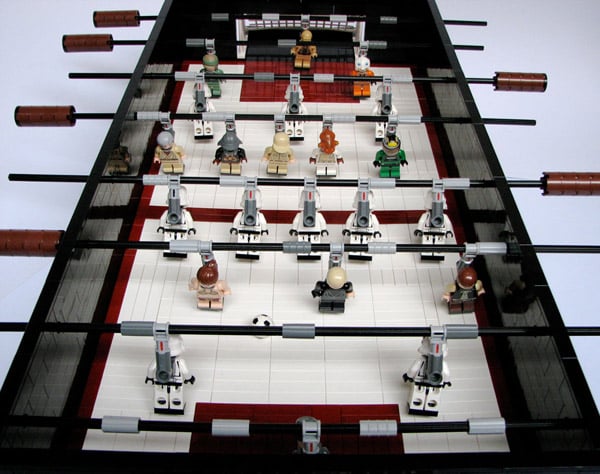 Naturally, the Rebel Alliance faces off against the Empire. C-3PO plays the goalie and he faces a bunch of storm troopers. Everything, from the mini-figurines to the table, is made out of LEGOs, which is pretty impressive in my book. 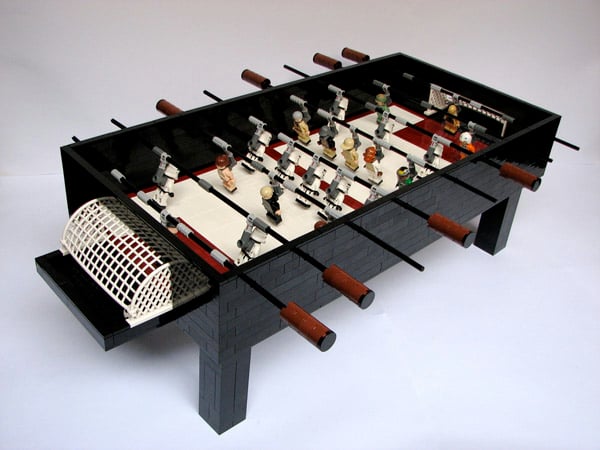 The fact that you can play it is the cherry on top of this LEGO-filled sundae. I only wonder how long it will last until it breaks apart and needs some more bricks! 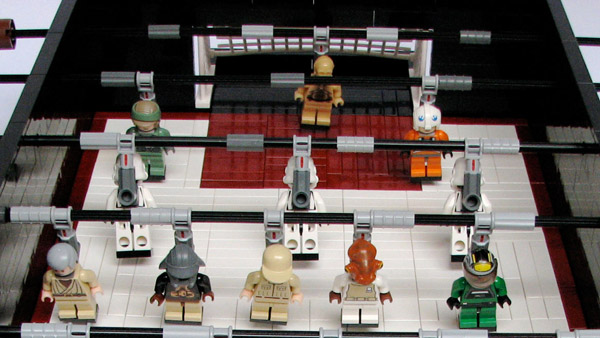