Released in 1983, M.U.L.E. is a classic video game developed by Ozark Softscape and published by EA.  The title refers to the robot worker that players buy in order to operate factories – the letters stand for Multiple Use Labor Element, and the M.U.L.E. looks, well, like a robot mule. Turborilla and Blue Systems have made an unofficial successor to the game with Planet M.U.L.E. 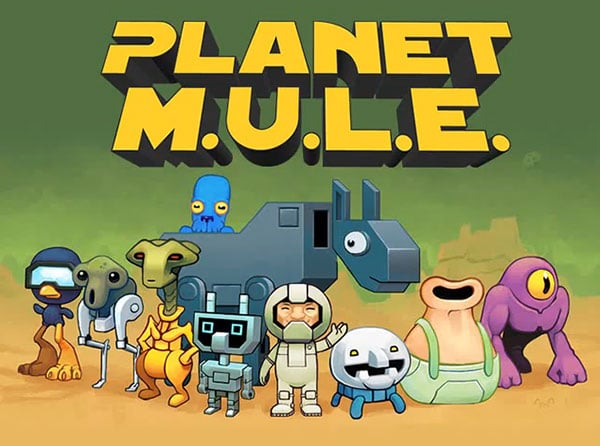 Like its predecessor, Planet M.U.L.E. centers around economics – maximizing resources, buying and selling goods, adapting to supply and demand. Fans of RTS games won’t have a hard time learning the ropes of Planet M.U.L.E., because games like StarCraft and Total Annihilation all have an economic aspect to them.

Planet M.U.L.E. is a free download and is available for Windows, OS X and Linux. You’ll need an Internet connection to play with other players, although you can practice against the AI. Check out the How-to-play section on the game’s website for more details.