Rtc23 to Release Tvs Based on Marvel Super Heroes

I know this dude who is in his 30’s, spends all his time at the gym (trying to look like The Hulk), has a room full of Hulk action figures, and combs his hair like Wolverine. Seriously. You could say that the guy is obsessed with comic books. I bet he will have a nerdgasm when he hears about the new Marvel licensed HDTVs from RTC23. 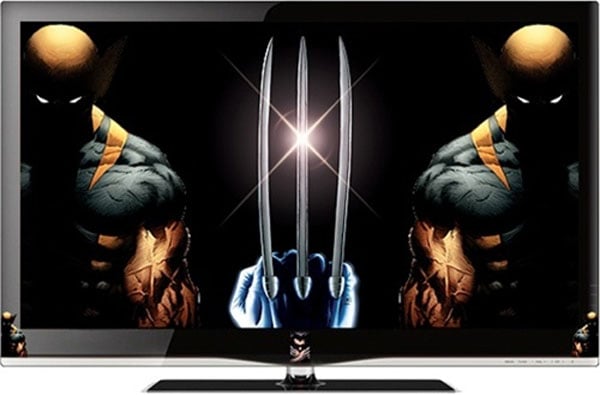 I’m not sure how an unknown company pulled this geek coup off, but I bet it has a lot to do with major TV makers having too much respect for their products to adorn them with comic book drawings and then not aim the things at kids. With the prices these sets demand, kids aren’t the target market here.

The TVs come in a wide range of characters with favorites like The Hulk, Wolverine, Captain America and many more. The sets come in LCD versions with 22″, 32″, 42″, and 55″ screens. LED backlit versions are available with 40″ and 46″ screens. All of the sets have a sure-to-get-annoying splash screen that shows for eight seconds when the TV is first turned on with the comic book heroes and the heroes are featured on the lower bezel of the sets. Resolutions vary with screen size between 720p and 1080p with prices ranging from $339 to $1989 (USD).