Coby Offers Up $85 Smartbook Perfect for Kids and Cheapskates

When my son turned seven, I did what most geeks would do when he wanted a computer. I upgraded my computer and built him a machine out of the left over parts. My daughter decided it was cool and wanted a computer of her own, but she is five and still thinks the way to get things to do what you want is to bash them with a Barbie a lot of the time. 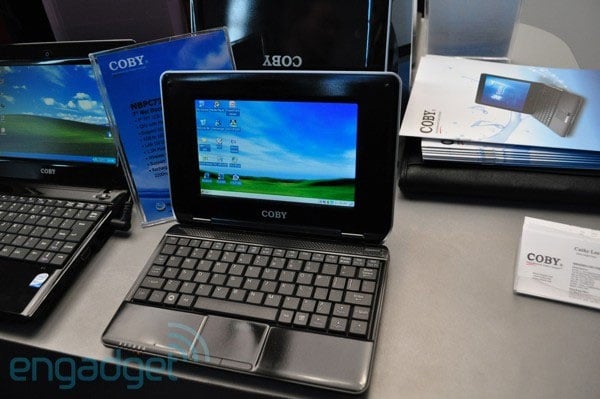 The guys over at Engadget spied a cheap smartbook at the CeBIT show in Germany this week. The best thing about the Coby NBPC722 isn’t its performance, looks, or wow factor — it’s the price. The little smartbook will sell for just $85 (USD).

You can’t expect much for that price. You get a small 7-inch screen and the rig uses a 624MHz Marvell PXA303 processor, 2GB of flash storage, and the machine runs Windows CE. Honestly, I am surprised to see any flavor of Windows on a machine costing less than a C-note. I figured the thing was running Linux. This would be the perfect first computer for my daughter; if she and Barbie beat the thing to death, it wouldn’t be that big of a loss. The machine is expected in America this spring.