Real Life Auto: Your Life to Become a Series of Mini Games?

Rockstar’s hit formula for video games is CMU professor Jesse Schell’s vision of the future: a quantified life, where every activity is a game, with rewards and challenges. Wake up in the morning and as soon as you brush your teeth, and you earn points, courtesy of the toothpaste company! Commute on the way to work and you get points from the government for being environment friendly! Drink a can of Dr. Pepper for 10 points each. drink a can of Dr. Pepper for 5 days straight and you get 500 bonus points! 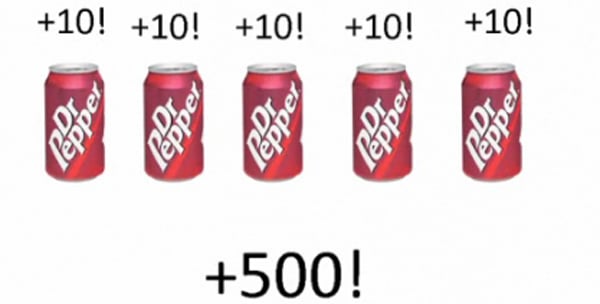 No doubt, our generation marks the breakout era of video games, transitioning from the nerd’s basement to your uncle’s Facebook account. But will we really like a Grand Theft Auto-esque life? Here’s Schell’s vision of life as a series of mini games, as he stated in DICE 2010:

You see, the problem with Schell’s ideas is that they come after the fact, after the success of Facebook et al. Schell himself acknowledges that today’s big hits came from nowhere, things that even veterans wouldn’t have bet a cent on. So why is he so certain that this extrapolated future will come true? I have no doubt that Schell is a genius, and that what he said may very well come true. But I’m also sure that I, an avid gamer, would hate the life that he is talking about. 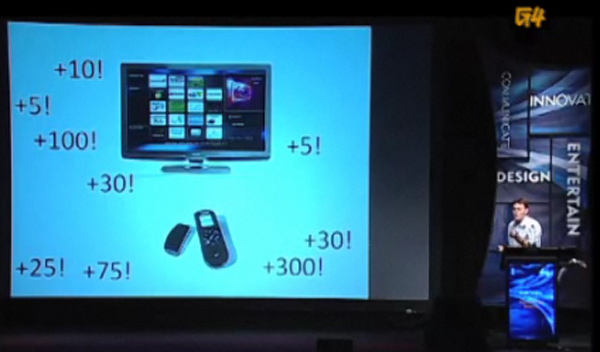 Despite it’s many similarities, life isn’t really a video game, not even a series of games. Unless you kill yourself, you cannot always take a break from life. In life the consequences are, well, real. The future that Schell talks about will drive many people insane with its incessant nagging and challenging, but you can’t just shut it off because it’s everywhere and it’s your actual world. The points from ads and companies will give people false values of their worth, in the same way that Xbox 360 Achievements add that shallow validation to gamers, when in fact a lot of the achievements and trophies are given for moronic tasks, trampling on the fact that gamers can and should be able to judge if they’ve accomplished something difficult without needing a virtual trophy.

At the end of his presentation, Schell exclaims, “…I do know this stuff is coming. It’s gotta come. What’s to stop it from coming?” I have one word for Mr. Schell: customers. Businesses and companies have pitched a lot of ideas time and again that exuded nothing but pure awesome when they thought of it, only to be shot down by the paying public. What Schell’s future will do is drive people away from gaming. Video games are not just about rewards and challenges: they’re about stories and epic moments, orchestrated and accidental. And yes, despite the many addicted gamers, pro gamers, hardcore gamers out there, for me and many other people games do offer a way to relax and take time off from life.

I will be utterly disgusted if Life turns out to be The Game of the Future. Points for brushing my teeth? Screw that. Unless I get a Gold Chocobo that can walk anywhere, then I’m all for Toothbrush Points.