The Darth Vader Disco Ball: Dancin’ to the Dark Side

This über-kitsch disco ball is fashioned after our favorite Star Wars villain, Darth Vader. You’ll be rockin’ and dancin’ underneath this floating effigy of Anakin Skywalker. 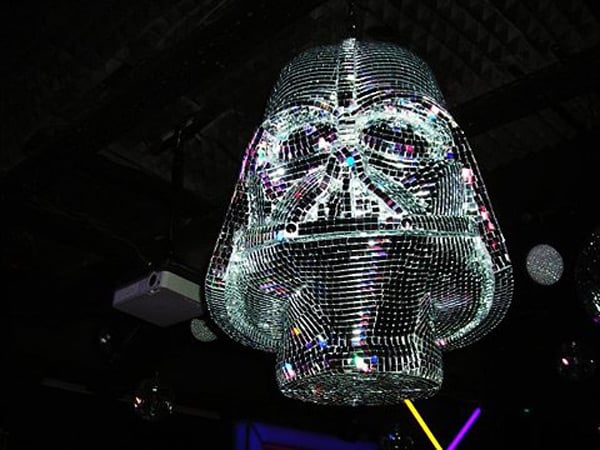 I haven’t been able to find out much information about it, but it certainly looks cool. I wonder what it looks like when lasers and lights are reflecting off its mirror surface.

Kind of strange calling Darth Vader a villain, when the whole series is about him. Ah well, makes me want to watch Revenge of the Sith again, preceded by the original trilogy.

[via Lost Ghosts via Doinwork]