There’s a new threat in Azeroth, one so fearsome that not even the combined might of the Alliance and the Horde can stop it: Hackers. Apparently a trojan has been spreading that intercepts the authentication code generated by the Blizzard Authenticator. Players need to input the code before they can log in to their WoW accounts. But here’s the kicker: not only does the trojan steal a valid code that its maker can use to access the account, it generates a false code and sends it to Blizzard, so the log-in attempt will fail. In other words, it renders the authenticator useless. 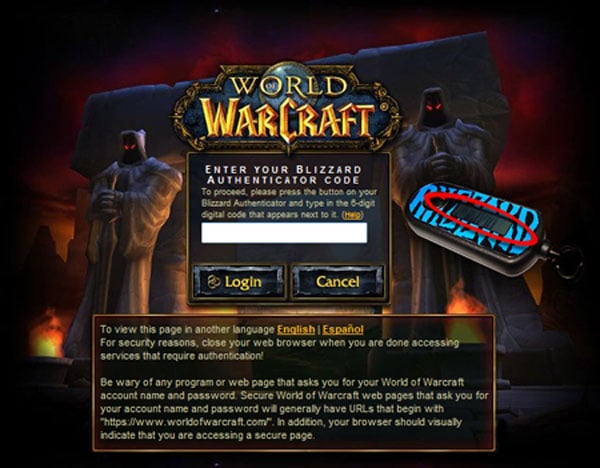 Judging from the info from Lia at Forever Geek, the trojan only affects Windows users. Lia advises WoW players on Windows to look for a file named emcor.dll which will “probably” be found at C:\Users\(Your user name)\AppData\Temp. Of course there’s a good chance that you won’t be able to search for the culprit manually, so your best bet is to use a good anti-virus program. Have any of you experienced this problem?