Segmentus is Neither a Roman Torture Device Nor a Transformer

When I was a kid, my grandmother had this matchstick plaque hanging in her kitchen. I looked at the thing for a while once trying to figure out what exactly it said. As it turns out the thing said “Jesus” you just had to look really hard to see the word in with the pattern the matchsticks made. This new clock from Art Lebedev Studios reminds me of that plaque. 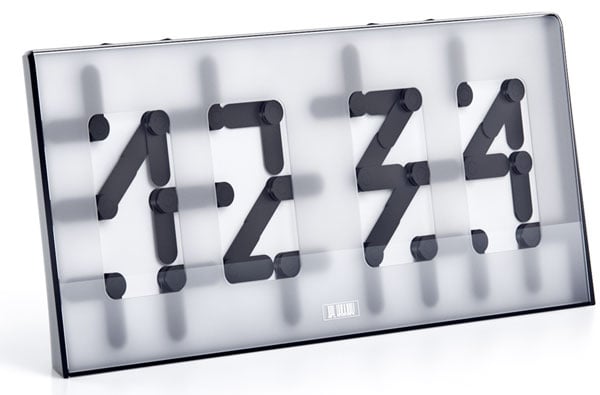 The thing is a bit of an oxymoron in that it is an analog digital clock with hands that shows numbers like a digital clock from the 1970s. The little hands are a marvel as they move to make each number, watching the seconds tick by with the hands moving in unison is very cool.

I will say that the numbers a hard to read for my eyes. Segmentus appears to be a concept device right now and it is shown in black with white arms and clear with black arms. I could certainly see hanging this thing on my wall; it would fit perfectly in the futuristic but old-fashioned world on Caprica.