A company from New Zealand is going to start selling flying jetpacks commercially. Strangely enough, these real jetpacks cost $75,000, which is less than the earth-bound JetLev Flyer which we posted about yesterday. 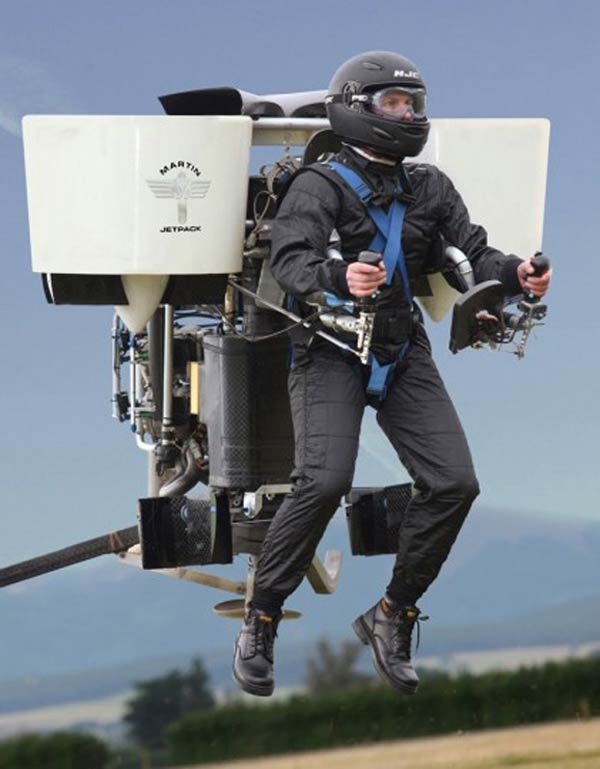 The Martin Aircraft Company jetpacks have about 200 HP coming out of their dual propellers. They can go up to 1.5 miles in the air and reach speeds of 60 mph. They will aim to make about 500 packs a year.

These jetpacks were invented by Glenn Martin, who unveiled his prototype last year in July. This whole contraption weighs less than 254 lbs, so in the UK, you won’t need a pilot’s license to travel in it. It is capable of traveling 30 miles with a full tank of fuel. 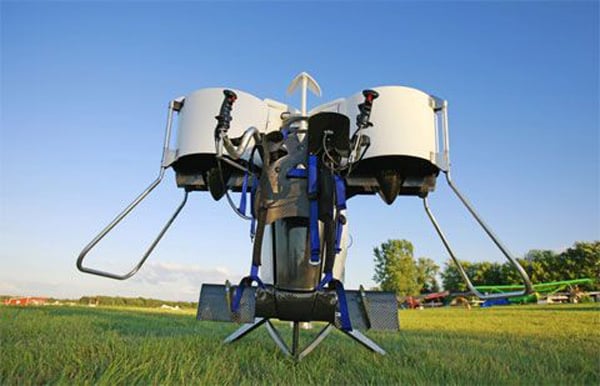 The jetpacks will be made in New Zealand, and the company says that these packs would be perfect for emergency services, as well private users and the military. (And killing yourself – ed.) 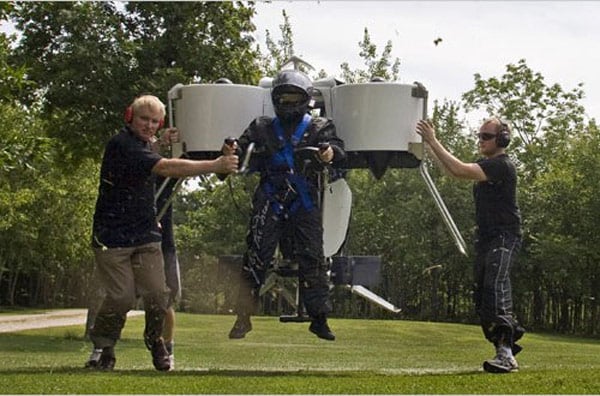