This LED light dress was designed by fashion design student Kristi Kuusk. She studies at the University of São Paulo in Brazil and came up with this wonderful idea for one of her classes. 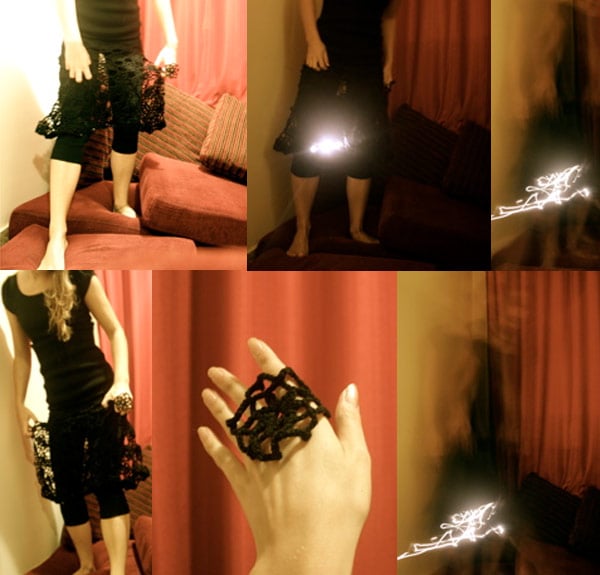 The dress is supposed to light up like when the snow sparkles at night. The LEDs underneath the skirt will only light up if the skirt and a ring come in contact which each other thanks to a magnetic switch. I suppose the lights would help her be seen at night, but they strike me as more of an artistic statement than anything else.