Chore Hero: Yet More Mundane Activities Turned Into a Game With “Hero” in It’S Title

Way before Microsoft jumped on the ‘Hero’ bandwagon came this app on Apple’s side of the fence, which doesn’t really turn chores into a game so much as impose a ratings system as cheap trick motivation. The name of the game is of course Chore Hero. I wonder, if Rock Band came out first, would we have Ribbon Band and Chore Band instead? 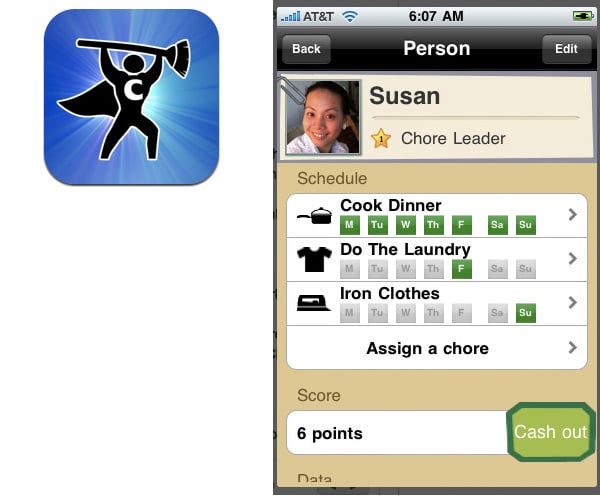 As I said earlier, Chore Hero isn’t really a game, nor does it turn chores into games. It’s really a productivity app: users create profiles for their family/housemates/roommates and then assign chores to each member on a weekly basis. Multiple members can be assigned to one chore, and of course multiple chores can be assigned to one member. The app can even assign a chore at random. 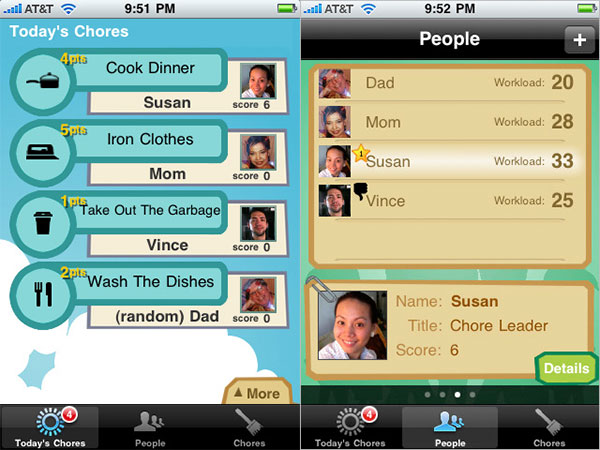 The carrot on a stick? “Players” earn titles, e.g. Chore Leader, and virtual points. You can then determine what the points translate to in real life – money, gaming hours, time off from chores, you get the idea. Tricking your family into doing chores and then revealing that the points mean nothing will most probably ensure that the “game” is over.

Chore Hero is compatible with the iPhone and iPod Touch and requires iPhone OS 3.0 or later. You can get it for a mere $3 (USD) at the App Store (link opens iTunes). There’s also a free, ad-supported version (opens iTunes), which I think has a limit on the number of chores that can be listed.