Sony today took the wraps off of their new PlayStation Move controller system, their much-anticipated answer to the Nintendo Wii-mote and Microsoft’s Project Natal. 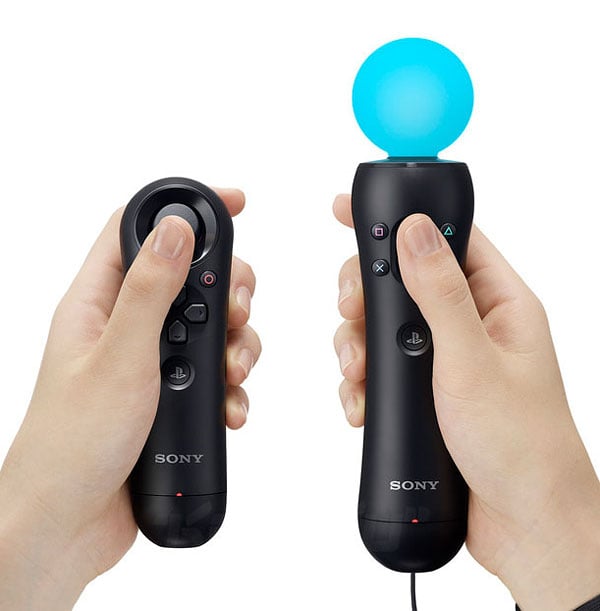 The PlayStation Move is actually a set of motion controllers, sort of like the Wii-mote and Nunchuk. However, the PS3 Move components connect wirelessly via Bluetooth, so there’s no annoying cable between the parent and child controller. The Move works hand-in-hand with the PlayStation Eye camera, and as such can be used to create augmented-reality objects inside games on-screen. The Move controllers are designed to provide a highly accurate gesture and motion tracking on new games and Sony says they’ll be able to create much more precise gaming experiences to appeal to both casual and hardcore gamers.

The main Move controller looks sort of like a Mr. Microphone, but with a color-changing LED ball at the top. I’m not exactly sure what purpose the ball serves other than to look silly, but it might be used as a key for the players to know which controller corresponds to their on screen characters. 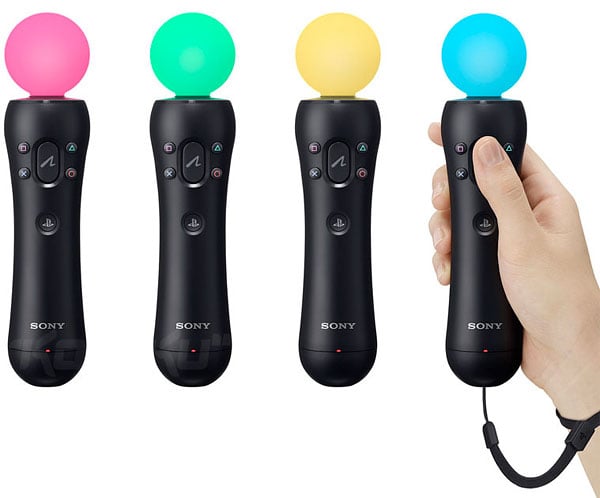