Pq Labs’ Itable Gets a Touch of Warcraft

It turns out that Microsoft doesn’t have a monopoly on supersized multitouch goodness  – PQ Labs is hawking their  iTable, aka Multi-touch G³. Contrary to its name, it supports not only OS X, but Windows 2000 through Windows 7 as well. 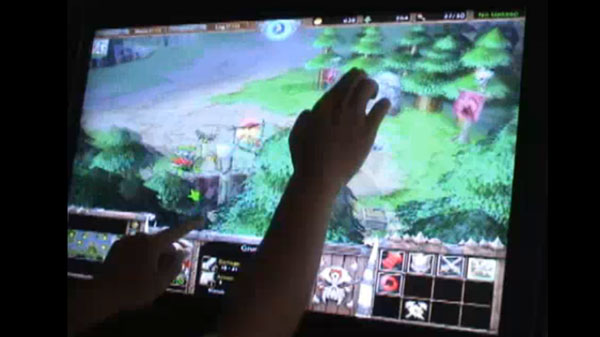 Depending on the configuration, the iTable can detect up to 32 touch points, and can be as large as 65″. Actually I think PQ Labs can build larger screens if you ask nicely. So is the iTable any good? It seems to be good enough for playing Warcraft III. Watch out for the gesture that’s mapped to the attack command:

Now that’s how you command an army.