IPad Fail: Will the iPad Jokes Ever Stop? Probably Never

I don’t know what is funnier. The actual name of the iPad or this Photoshopped image of another theoretical iPad box. When I saw this image, I had to find out more about it. 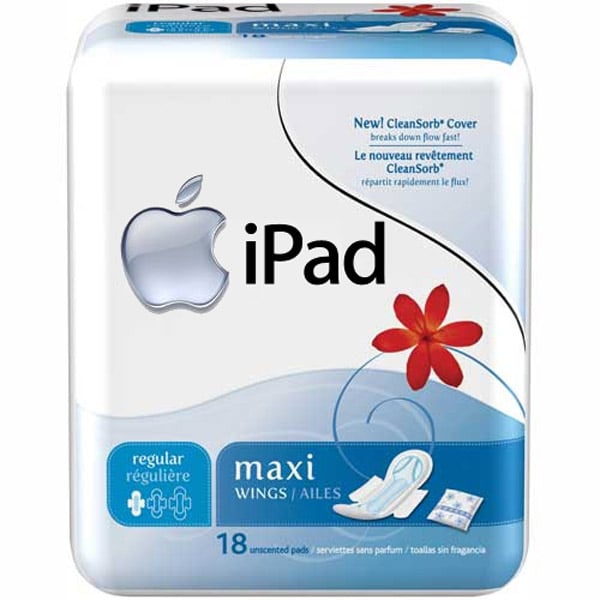 This is a great win for Photoshop and an epic fail for the iPad. I know for a fact that maxi pad box comes from Canada, since it’s bilingual. Every time I see another maxi-pad joke, I still wonder what was going through the minds of the iPad naming team. Of course, there mustn’t have been a woman among them – and not one of them ever saw this sketch from Mad TV…

[via Mulaz via Fail Blog]