Analog Tape Glove Lets Your Fingers Do the Playback

Here’s an interesting idea for a spare-time electronics project this weekend. Take a glove, a bunch of  cassette tapes, the playback heads from a couple of old tape decks, an amplifier and some glue, and what do you get? 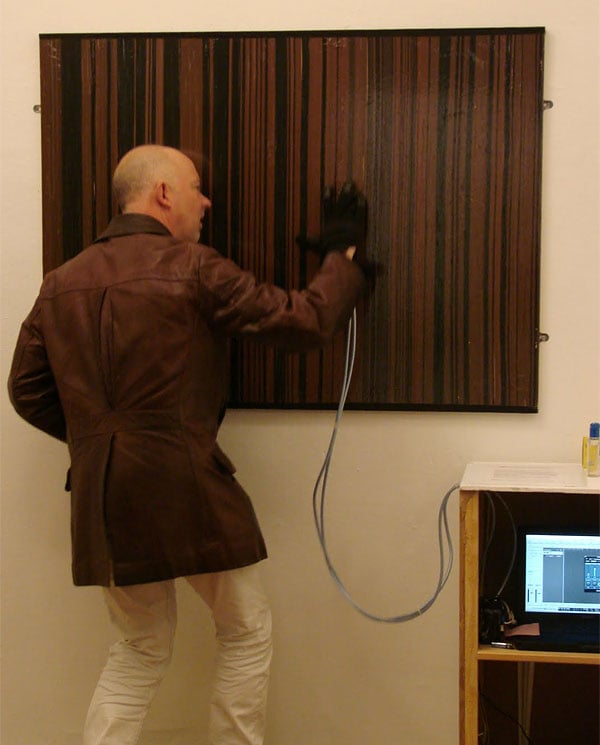 The guys at SignaltoNoiseVideo created this interactive art installation, which lets people play the music from old magnetic tapes by dragging the fingertips on a modified glove across the surface of the tape. While the sounds from this tangible interface range from ever so slightly musical to just plain strange, the concept is kind of cool.

Not to diminish the work of SignaltoNoise, if you’ve got some old cassette tapes and a recorder lying around, you probably could put one of these rigs together for yourself without too much effort. For a similar effect without as much mess, you could always try Gakken’s Wire Recorder.