Sure, Sarge and his men are a bit set in their ways. But they will hold their ground and stand resolute against any enemy, their spirits unbending, their courage unyielding. Photographers also love them because they’re always in their best poses. Toy Story’s Bucket O’ Soldiers gets the Lego treatment with the ‘Army Men on Patrol’ set. 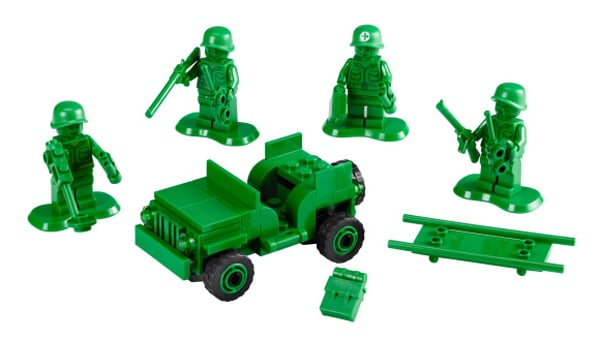 At least in this version they can move their hands. In the world of Army men, that is a colossal advantage.

Order the Army Men on Patrol set on Lego’s online store for only $11 (USD), and your other Lego toys will feel much safer, knowing that these 4 green soldiers will leave no man minifig behind.