Dc-Falcon Dreamcast Casemod has Got a Lot of Spirit

She may not look like much, but she’s got it where it counts kids: 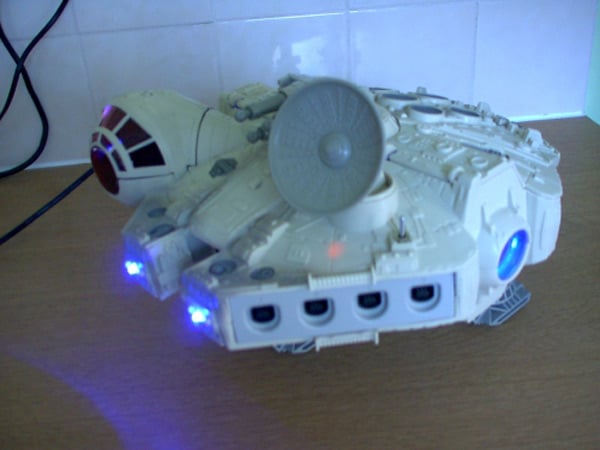 The DC-Falcon was crafted by Steve Perry aka pezzapoo. Apparently the cult classic console and Perry’s Millenium Falcon toy were perfect for each other. The Dreamcast’s gameport plate easily fit into the side of the ship. After “lots of soldering” and the addition of two fans to keep the mod from bursting into flames, the DC-Falcon was born.

Neat. Someone should make an Xbox 360 Death Star mod; I think the 360’s ring is a perfect stand-in for the Superlaser Focus Lens.